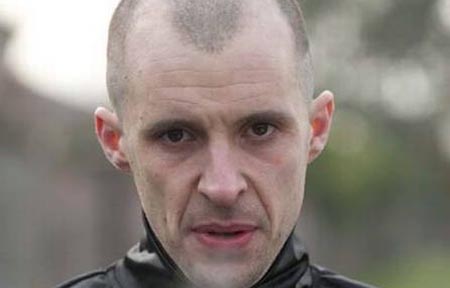 MEMBERS of the public made a startling discovery this week after a routine visit into Dublin’s city centre.

Friends Louis Browne and Cara Delaney were left shocked after learning the Love/Hate ‘theme park’ they thought they had stumbled upon was in fact the scene of a real life gangland killing.

“I’m devastated and to be honest dead embarrassed too” admitted Miss Browne.

“You know the way everything on RTE is real shit,” offered Miss Delaney “well we thought maybe it was like a new thing, a theme park ‘cus it’s been real successful or gorillas marketing, ya know?”

Social media was a buzz with the news that the extremely popular series was engaging in a fresh marketing campaign in anticipation of the fourth series of the drama.

Several enthusiastic fans of the show rushed to the scene hoping the participate in the ‘carnage’ only to be left disappointed by the presence of a real corpse.

The misunderstanding came to light after RTE received a number of letters, emails and tweets congratulating them on the excellent utilisation of one of their strongest and most critically acclaimed series to date.

The taxpayer funded broadcaster gladly assured the public that they weren’t capable of such innovation.