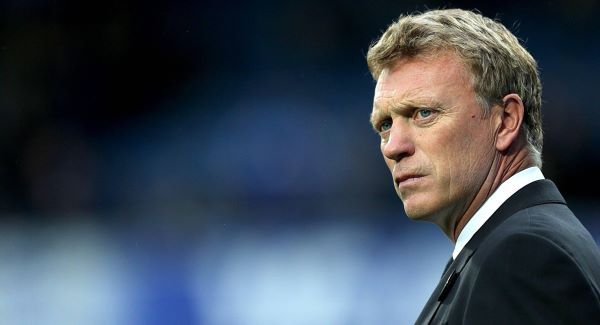 The action was taken following United’s failure to find the net in the opening 2 minutes of the Scot’s first competitive match as the club’s manager.

Under previous manager Alex Ferguson the Manchester club enjoyed unprecedented levels of success and it is thought fans have grown tired of the Moyes era after his failure to win any major silverware.

While those in charge at the club wouldn’t be drawn on who might replace Moyes they did concede that his position had become untenable following ‘a calamitous opening 120 seconds’.

Word quickly spread throughout the crowd of his dismissal when a security guard tapped Moyes on the shoulder, ripped the United crest from his blazer and told him to ‘jog on’.