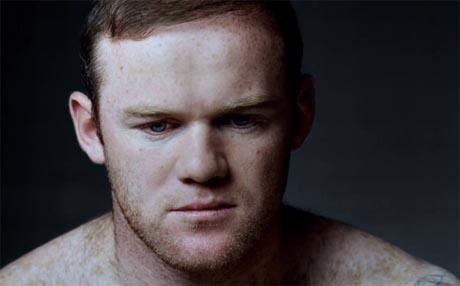 Speculation about Rooney’s future has increased yet again since Chelsea made a second bid for the want away striker and it is believed he has been left haunted by several incidents.

The England international has instructed his legal representatives to take out a restraining order against the broadcaster in light of increased media presence at his Cheshire home.

It seems the Sky Sports team are becoming ever more desperate to land exclusives during this transfer window despite having broken news such as Rooney turning up to his place of work and training with the national side after being selected to do exactly that.

Jim White, a leading figure at Sky Sports News, is mentioned in the restraining order after he allegedly ‘disguised himself as a drunken homeless Scot’ outside the home of Wayne Rooney.

White was seen rummaging through bins hoping to gain some valuable transfer gossip.

Kirsty Gallacher, another Sky Sports stalwart, is alleged to have dressed up as a pensioner prostitute in the hope luring Rooney back to a Sky Sports studio craftily dressed up to look like a seedy brothel.

Rooney and his representatives believe with this restraining order they can bring an end to the harassment and intrusive behaviour of Sky Sports.

Possibly in the most disturbing incident reported, Sky Sports’ intrepid investigator Bryan Swanson disguised himself as a generously hirsute hairpiece.

His intention was to sneak into the Rooney home and place himself in Rooney’s bedroom in the hope of attaching himself to the footballer’s head thus being in a prime spot to get information on the transfer saga first hand.