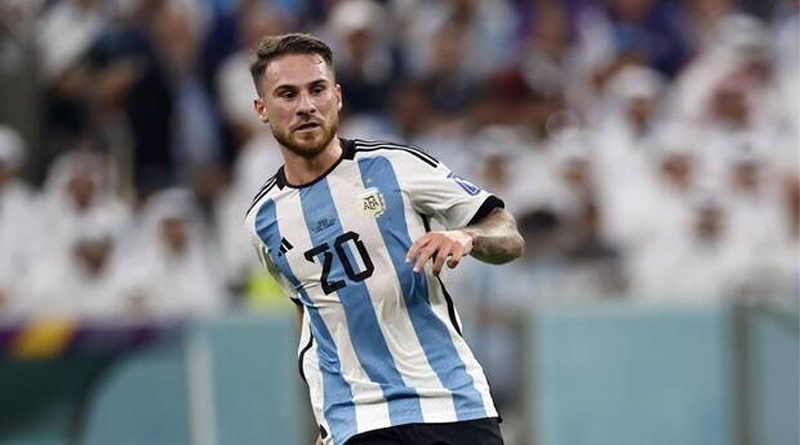 HAPPINESS starved Irish football fans have confirmed that due to Argentina midfielder Alexis Mac Allister having roots in Donabate in Dublin, we have technically won the World Cup.

“I can’t wait for the open top bus tour down O’Connell St,” said one fan lost in a delusion which was far more comforting than acknowledging the reality of recent Irish footballing history.

Queues have already begun outside Lansdowne Road as excited fans basking in Ireland’s victory wait patiently for the new tour which involves getting a selfie with the World Cup.

“Goosebumps at the thoughts of the Irish crest having that glorious World Cup winners star above their jersey, I’ve already ordered 10 of them,” added another fan, who pointed out that even if Ireland had lost last night they could have claimed a little bit of solace in the fact Cork man Kylian Mbappe was togging out for the French.

Elsewhere, Qatar have defended yet another last minute rule change following their decision to refuse permission to sell alcohol in stadiums. “Please, respect our culture,” said the Qatari organising committee as they put losing team France to work on building sites throughout Doha.

Meanwhile, the international media have vowed to keep shining a light on the human rights abuses in Qatar until the end of the day.

UPDATE: God has made an urgent plea to cocaine dealers everywhere, as Maradona’s World Cup celebrations show no signs of slowing down.