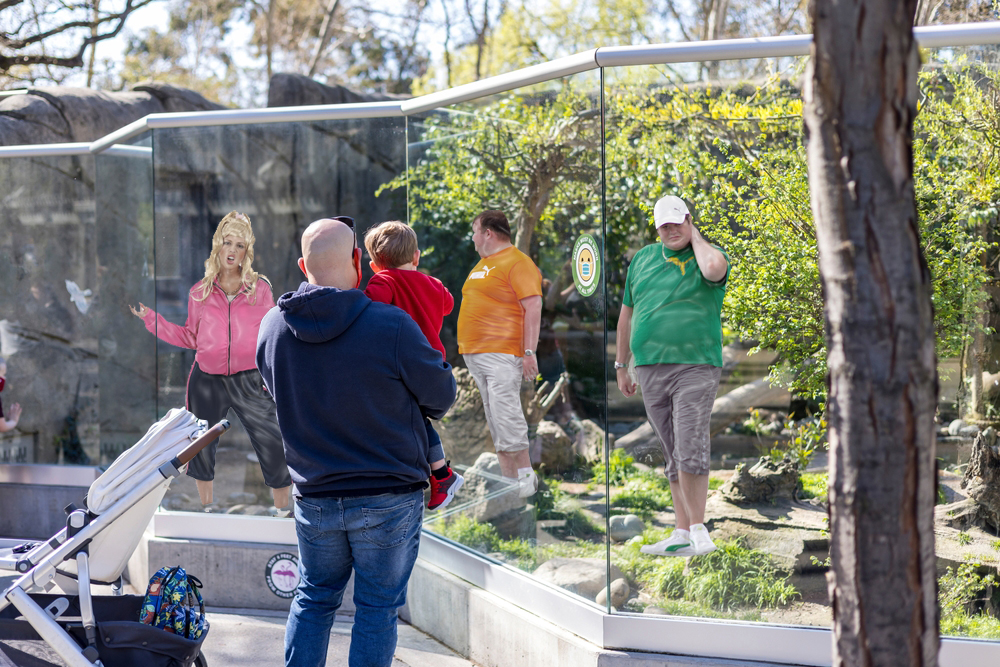 A CONTROVERSIAL new enclosure at Dublin Zoo has become the source of intense debate among the public, with many defending being given the chance to observe and study the social welfare recipient of the species just in time for the arrival of the Christmas bonus payment.

“Some are already demanding its closure, but I quite enjoy educating myself about these strange beasts, we don’t have many in my area,” said one self-proclaimed ‘never got a penny in my life’ person, in receipt of state assistance with three child benefit payments for the past 14 years.

“Fascinating, simply fascinating,” confirmed a business person who received more state aid to start his business than a single mother of 15 children could ever hope to receive in her life.

“Amazing they seem completely helpless without the State,” said another, but not of a developer who recently had a debt of €170mn written off.

‘Don’t feed’, ‘approach with caution’ and ‘have been known to throw their faeces’ signs have been erected since the enclosure opened but despite best efforts a child with a double barrel surname fell into the social welfare pit causing panic.

“I asked the zookeeper where he kept his lethal darts, I didn’t want to take a risk with my Henry down there,” shared a distraught father, currently in receipt of parent’s benefit and making use of energy credits, tax breaks for working from home, buying an electric car and being married.

Defending the new attraction, a Dublin Zoo spokesperson said the lions, tigers and gorillas just aren’t bringing in the visitors the way they used to.