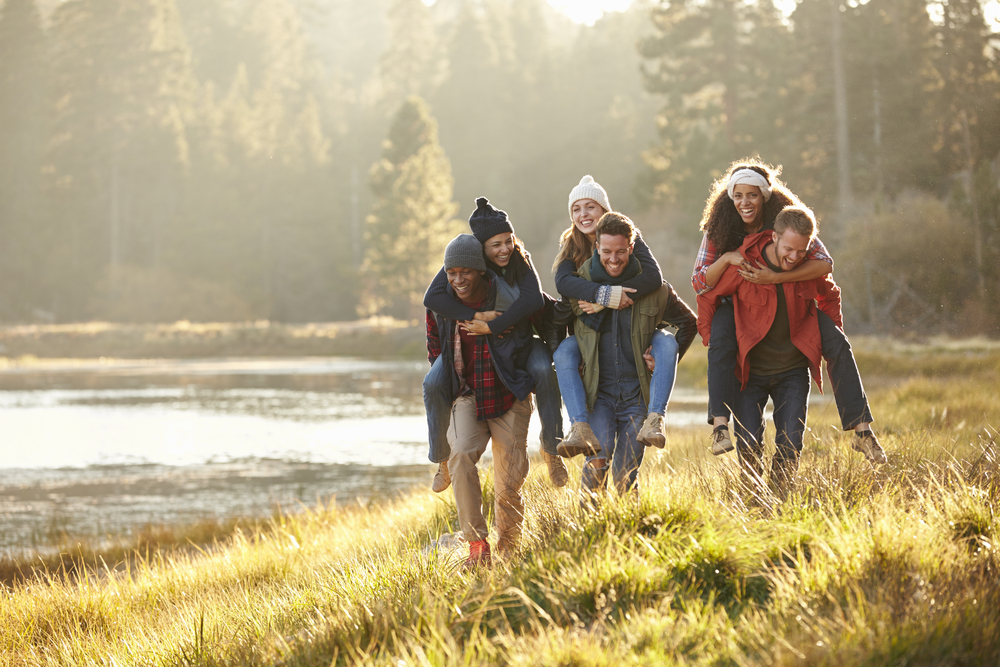 IT takes a certain bravery to break the silence and tackle one of societies last remaining taboos, but this morning, that’s just what happened.

Sharing a table at one of Dublin’s last remaining unpretentious cafes, several brave Irish men shared their stories of the piggyback gender gap.

“Just once, I want to be the sweaty crotch pinned against the back of a neck and not the other way around,” said Tom, we’ll call him Tom but that’s not his real name. To give his real identity would be like a rag to a horde of internet trolls.

“Sometimes the piggybacker wants to be the piggybackee – is that too much to ask? Why are we being denied this? 95% of all piggybacks administered every year involve women hoisted on shoulders. Fine, not every man wants to be hoisted high above someone’s shoulder, but damn it, we should at least have the option,” shared Niall, again not his real name.

It’s like a dam has broken. Words and stories flow from these men as the silence is finally lifted.

“‘Women can’t carry men, they’re not as strong’, oh the patriarchy will be delighted to hear you parroting their anti-feminist talking points,” Rory shared, silent up until now, clearly emboldened by the bravery around him.

“What I wouldn’t give to have the superior view at a concert, breeze running through my hair. The piggybackee always looks so free, the sort of burdenless abandon I’ve never achieved in my own life”.

Niall again, staring straight into his coffee avoiding eye contact. Some truths are harder to utter.

“Being your male friends’ piggyback isn’t emasculating, it’s a beautiful gesture of friendship and it’s a literal and metaphorical support”.

Could these men just provide each other with piggy backs? Problem solved, surely. Not true says Tom.

“It’s not enough to hide us away in our men-only piggyback arrangements, we need the buy in and support of everyone. Honestly, I think if I asked my girlfriend for one, she’d just laugh at me,” said Tom, the wind taken out of his sails.

Today isn’t the mountain top, but it could be the first step taken to the summit. And who knows, when they get there, maybe they can climb atop the shoulders of a loved one, a trusted friend and get that superior view.