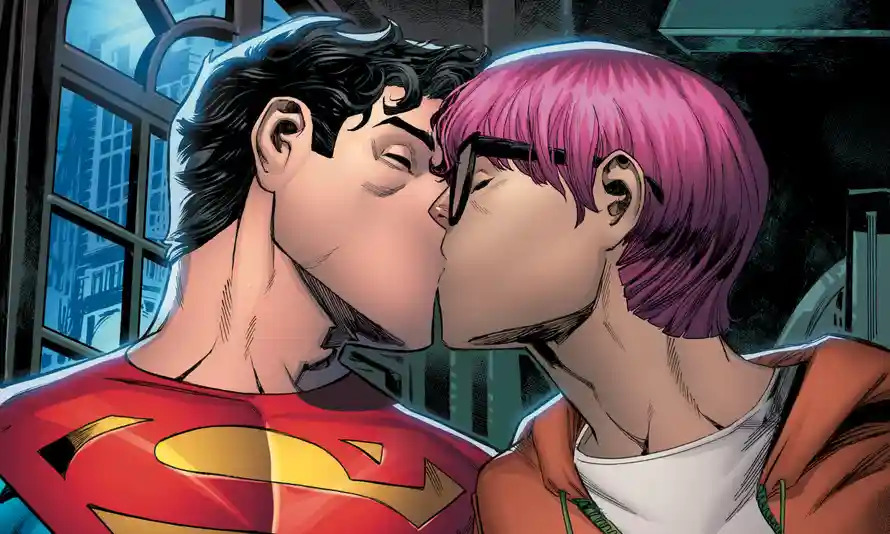 WHILE some people are struggling to absorb the news that in a new run of DC Comics, Superman Jon Kent, the son of Clark Kent is to come out as bisexual, others are just wondering what this means for Superman administered orgasms.

For some it is a stretch too far for their imagination to accept that a superhero alien who fools everyone by putting on a pair of glasses could be bisexual, for others they merely have a perverted desire to have answers as to how his superpowers come in handy:

There is literally no upper limit to the number of lads Superman can pull off, beans he can flick in a minute. Super speed isn’t just for flying in front of a train on a collision course with a basket full of puppies.

Turn things up a notch by chilling his partner’s nipples. Save on ice and freezer use in the process – he is the environmentally conscious hero of our times in and out of the bedroom.

As comic aficionados will remember, issue 23 in the initial Siegel run of the 1930s features a Lex Luther plot to choke Supes to death by launching radio active cucumbers into his mouth, but of course our superhero’s superior lack of a gag reflex made that impossible. There’s little need for us to expand of how his expanding throat will be of benefit in the bedroom.

Man of Steel ain’t a nickname

He has the rod of a God. You’re in for one Kal-El of a time. A downside for him being the man of steel of course is that he will need industrial quantities of poppers for them to have any effect.

If you’re the type of person who gets off on secretly orgasming in public with your partner, well Superman’s telekinetic ability to manipulate someone’s body would be right up your street, you pervert.

Additionally if you see Superman flying around the world in an attempt to reverse time, it’s not that Lois Lane has been killed in the earthquake set off by Lex Luthor’s doomsday bomb, rather just go ahead and presume he is trying make up for a quick finish.

The son of Krypton is an alien, there’s no indication he is susceptible to needing a rest after orgasm. Whether he’s with a man or a woman, a top or bottom, there is no bottom to his appetite and stamina.