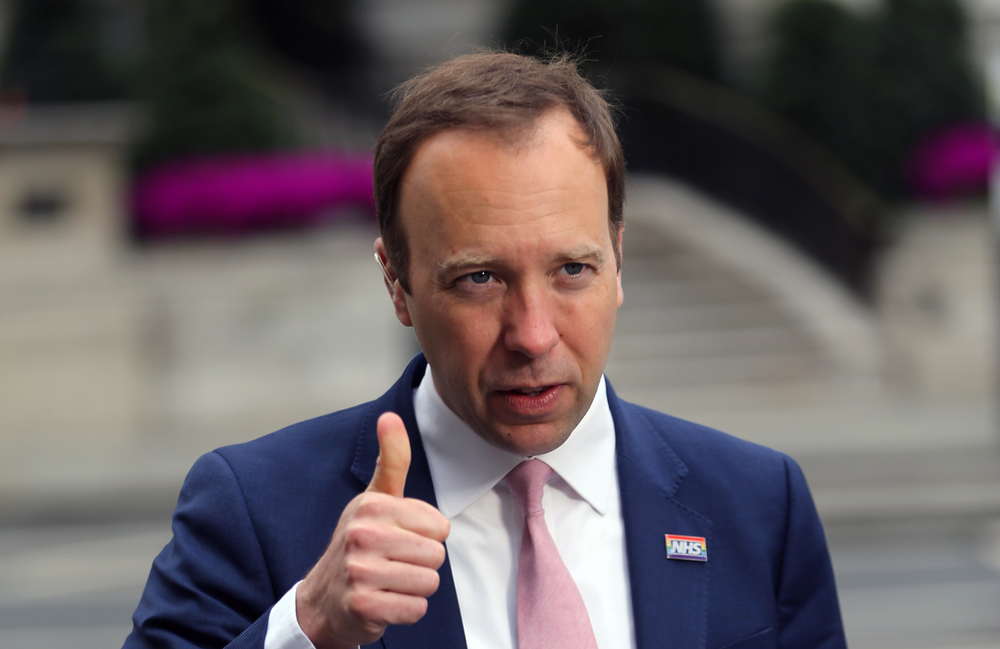 THE UK’s former health secretary, fired not for presiding over a response to Covid-19 so disastrous it would make a Death Eater envious but for carrying out an affair on the job, has secured a top UN position charged with helping Africa’s economic recovery from the global pandemic.

“Oh flip it, I’ve done it again,” remarked Hancock, after Covid cases somehow rose 10,000% in the seconds after taking up the position, who also somehow managed to flush the world’s entire supply of new Malaria vaccinations down his toilet.

The ‘this is fine’ meme taken human form, Hancock’s appointment by the UN to the position has been likened to putting Ted Bundy in charge of women’s safety.

“Aw, right, that’s not good is it?” confirmed Hancock, after his handlers lost sight of him for three seconds, giving him enough time to get the Evergreen ship stuck in the Suez Canal again.

Now looking guilty and staring at the floor, Hancock remained silent as the Business Council for Africa repeatedly asked him if he was the person responsible for investing the entire continent’s cash supply in fidget spinners.

“If this isn’t definitive proof that mediocre toffs would be punished for murdering a puppy live on TV with a lifetime supply of the winning lotto numbers, I don’t know what is,” sighed one observer.

The UN has so far failed to explain what is was about Matt Cock-in-hand brain-in-a-bin’s callous indifference and cataclysmic ineptitude in office that deemed him worthy of the position.

Elsewhere, the UN has appointed the shark from Jaws to the position of Envoy for Human Limb Preservation at Sea.