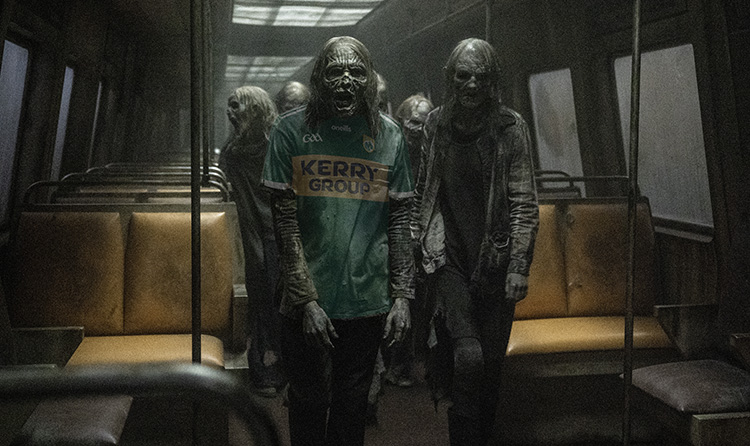 AS THE final season of ‘The Walking Dead’ begins streaming exclusively on Star on Disney+, one local die-hard fan has expressed his own hopes for the final nail-biting episodes.

“My preference is for a Walker in a Kilkenny one, but I’ll take any county jersey really. If Darryl was to crossbow them through the eyes that’d be a bonus, the big Irish head on the Walker would make him an easy target,” added Tierney, excited to have the chance once again to hide behind his cushion making high pitched screams as he watches his favourite nerve-shredding show.

Like any Irish person worth his salt watching a top international sporting event, news report or Walker show, Tierney just wants a glimpse of a GAA jersey, allowing him to then turn to the person next to him and say ‘did ya see it? d’ya see it, did ya see it? Did ya? Did ya! did ya?’ with the sort of excitement usually displayed by a child who thinks he’s caught sight of Santa on Christmas morning.

“Think of meme potential too, or the back story we could invent? Was he on his J1 when Alexandria became the only safe zone known to man? Or had he got building work on the sites through a cousin named Negan?”

Tierney appealed to make-up artists on The Walking Dead to make any potential GAA wearing Walker as ‘ginger as possible’ to make them easier to spot.