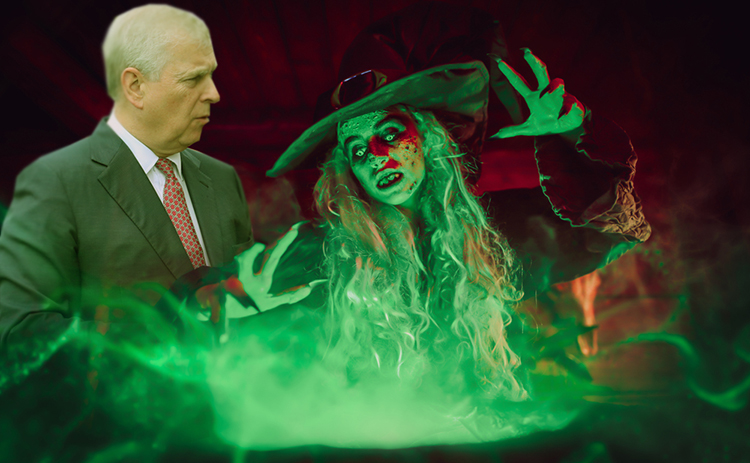 THE ROYAL family’s personal witch priestess of the woods has warned Prince Andrew not to say or do anything that would incriminate himself ahead of an upcoming sexual assault investigation, while adding that slaying a stallion foal under moonlight before the Autumn equinox ‘wouldn’t hurt’ either.

“Dame Hassara de Valentina Muerta hasn’t given an English Royal bad advice since her appointment as Palace Hag in 1347” said a spokesperson for the Monarchy.

“She helped Henry 8th through his marital difficulties and she granted abnormally long life to Prince Phillip, as well as sorting out that whole issue with the Spencer woman. If anyone can help keep Andrew out of jail over these allegations in the US, it’s her”.

Frightful of appearance and possessing skills described as ‘unnatural for normal people but fairly par for the course when it comes to royalty’, de Valentina Muerta has assured Andrew that he should be fine as long as his legal team continue to be uncooperative with the ongoing investigation, and that he should refrain from doing any sort of interview about the subject on national TV.

“He did fucking what?!” hissed the hag, after being informed of Andrew’s ‘I don’t sweat’ Panorama interview.

“Honestly, why do I bother sometimes? I blessed him with the inability to sweat and he it uses it as an excuse for how he couldn’t have possibly preyed on young women with his pal, infamous sex trafficker, Jeffrey Epstein. I swear, that’s the last time I astrally project myself halfway across the globe to fake a suicide in a US prison, that’s for sure”.

The hag left to research new potions to help the beleaguered Royals, as eating ‘wing of bat’ is frowned upon these days.