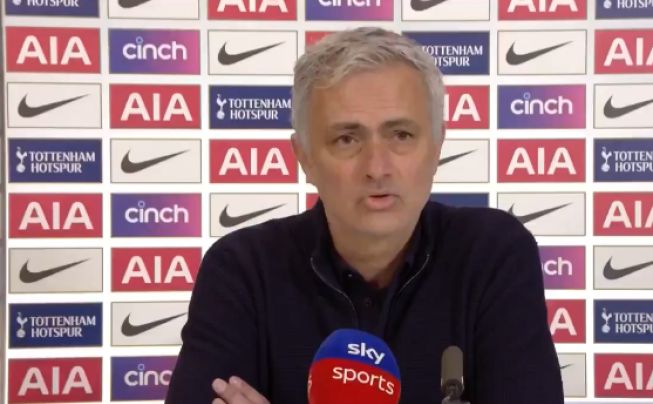 JOSE MOURINHO remained bullish about his ability to continue managing Spurs after their latest loss stating he is still the man to heap continued misery on the lives of the Spurs faithful.

“I will not walk out on this team or these fans, I’m not trapped in a bad run of form, no, the fans are simply trapped in here with me,” Mourinho said, signalling his intention to continue doing his best bull in a trophy-less china shop routine at the London club.

Mourinho, who is line for a rumoured £400 billion payout if sacked by chairman Daniel Levy, is secretly having the time of his life driving Spurs fans around the bend.

Trying to find answers for his side’s most recent loss Mourinho employed the art of subtle messaging he is renowned for shortly after accusing Ole Gunnar Solkjaer of starving children or something.

“When we lose I’ll always state these players are like defective donkeys trying to ice skate, I stand by my record of being four points ahead of Arsenal but them still somehow having the bragging rights” continued Mourinho, who then threaten Spurs fans with ‘winning the biggest trophy in world football’, the League Cup, and staying for a decade.

Elsewhere a group of international seismologists remained hopeful an ‘eruption event’ within Mourinho is imminent, prompting an Amazon documentary crew to break into Tottenham’s training ground.