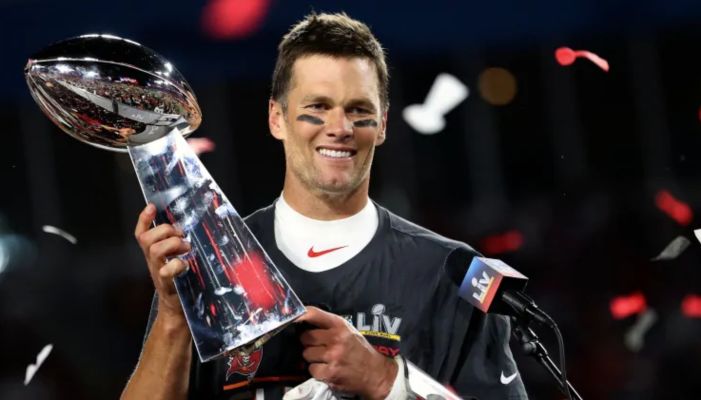 WWN Sport is man enough to admit that they fell asleep while waiting up for the Superbowl last night, but in all fairness it cannot be the fault of our journalists if the NFL insists on having that thing at 3 o’clock in the morning.

Despite no first-hand account of how the game went down, and only the barest of grasps on American football at the best of times, we still feel confident that the following things happened:

A quick Google shows us that the Tampa Bay Buccaneers beat the Kansas City Chiefs by 31-9, which we kind of remember seeing when we woke up on the sofa after our beer fell on our lap at around 5am this morning. We’re delighted for ‘the Buccs’, as they were the team we wanted to win because they have Tom Brady playing for them; Tom Brady being the one American footballer any of us know, therefore we felt we needed to cheer for him.

Going by the memes this morning, The Weeknd performed a stunning halftime show which has given birth to dozens of GIFs and funny reactions. Which truly is the real power of the American football; to unite the world in making fun of celebrities and provide fresh meme material for 12 months, as well as act as a conduit for expensive commercials and movie trailers. Although this year’s movie trailers were light due to Covid-19, speaking of which:

One of the reasons we fell asleep was that we saw a stadium full of cheering people and assumed it was pre-pandemic vintage footage until the game started but no, there were tens of thousands of people in attendance last night. In Florida. During a pandemic. So go ahead and add a massive spike in the death toll as another thing we can assume will come from last night.

Touchdown! We’re fairly certain a few were scored. There’s points on the board isn’t there? They didn’t get there from field goals, haha! Well, ok, they might very well have done. Look, a load of big American lads banged off each other for three hours and one ended up richer than the other. What can we say.