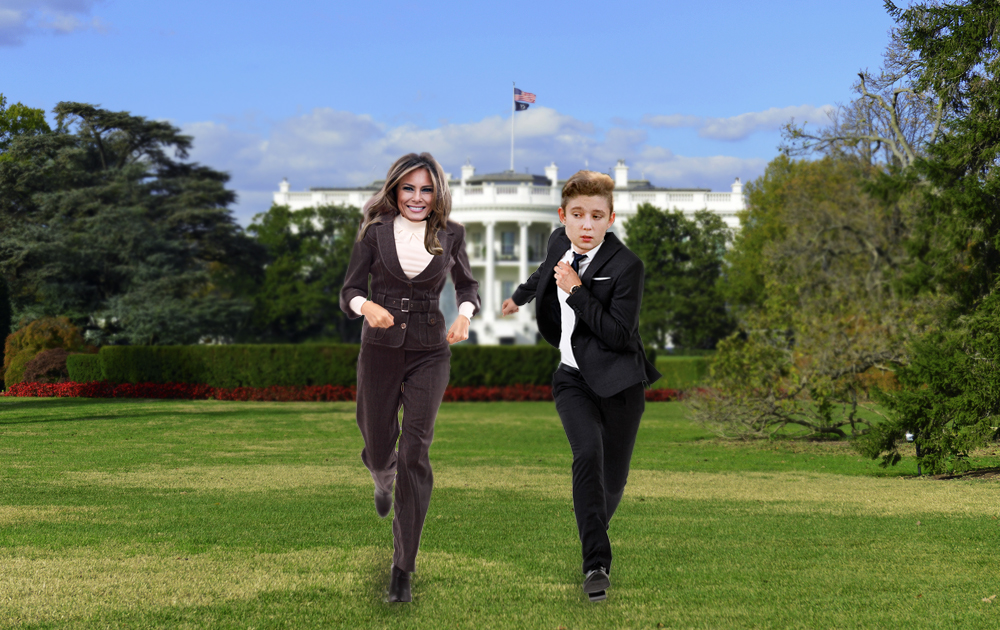 SCREAMING joyously at the top of their lungs, mother and son Melania and Barron Trump chimed in unison as they darted across the White House lawn for freedom, sources have confirmed.

“We’re free at last… run, Barron, before he sends the dogs,” America’s soon to be former first lady was heard, ushering on her 14-year-old son to safety, presumably from her now frantic husband, Donald J.

“Mom, can we go back to Slovenia now, where you’re from – the quality of life is so much better there and we’ll be safe away from this shithole,” Barron was overheard saying as they sprinted like their whole entire lives depended on it.

The pair broke free of White House security just moments after it became abundantly clear that candidate Joe Biden had finally secured enough votes to wrestle the US Presidency from Donald Trump.

“I can’t believe daddy was shouting at us like that earlier, it’s the first time he ever spoke to me and now I feel bad for running away on him,” Barron added, confused over the fact his father gave him attention earlier while in mid-meltdown, his first communication with his son in 14 years.

“Don’t be confusing Daddy’s anger with love, sweetie, he is incapable of affection, remorse; basically any trait of humanity,” Melania finished, clutching two passports in her hand while large tears welled up in her eyes.