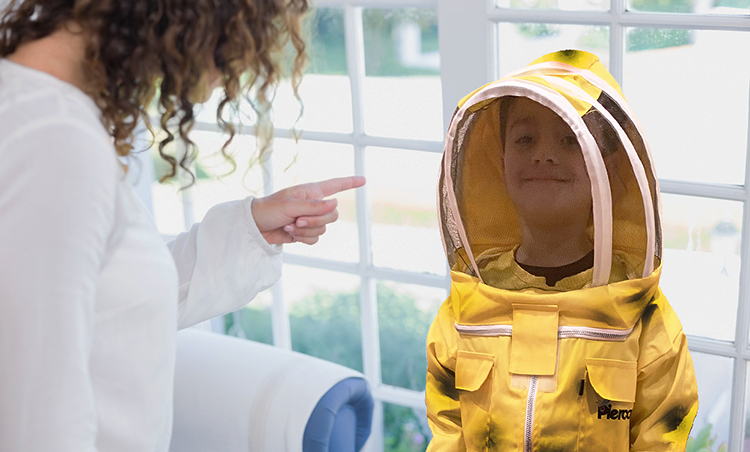 FAILING TO hide her annoyance at the fact her youngest child has his school hazmat suit ruined three days into the school year, local mother Rachel Keeley’s patience is being tested to its limits.

“What did I tell you? No knee slides,” Keeley said through gritted teeth which grasped thread she was using to sow up the various rips in the hazmat suit with cost €40 extra all because “it wasn’t disease proof until it had school’s fucking logo on it, apparently” according to Keeley.

Despite only required to sit still in class for several hours a day, 9-year-old James has amassed an impressive array of holes in his hazmat suit, and seemingly lost the front visor to its helmet leading him to respond ‘can’t remember’ when asked how such a thing could have happened.

“You’ve more holes in this suit than a statement from Phil Hogan,” Keeley calmly shouted at James who was warned time and time again how this hazmat suit was meant to get him to December at the very least.

Back to school costs differ from previous years this academic year as parents are now required to shower their children in hand santiser and burn school books and replace them each day.

“Feck it, you can wear your sister’s one from last year,” barked Keeley to loud petulant wailing from James, “stop the moaning, you’ll grow into it. So what if it’s pink, no they won’t slag you. Well you should have thought about that before you went jumping over the school gates with your friends!”