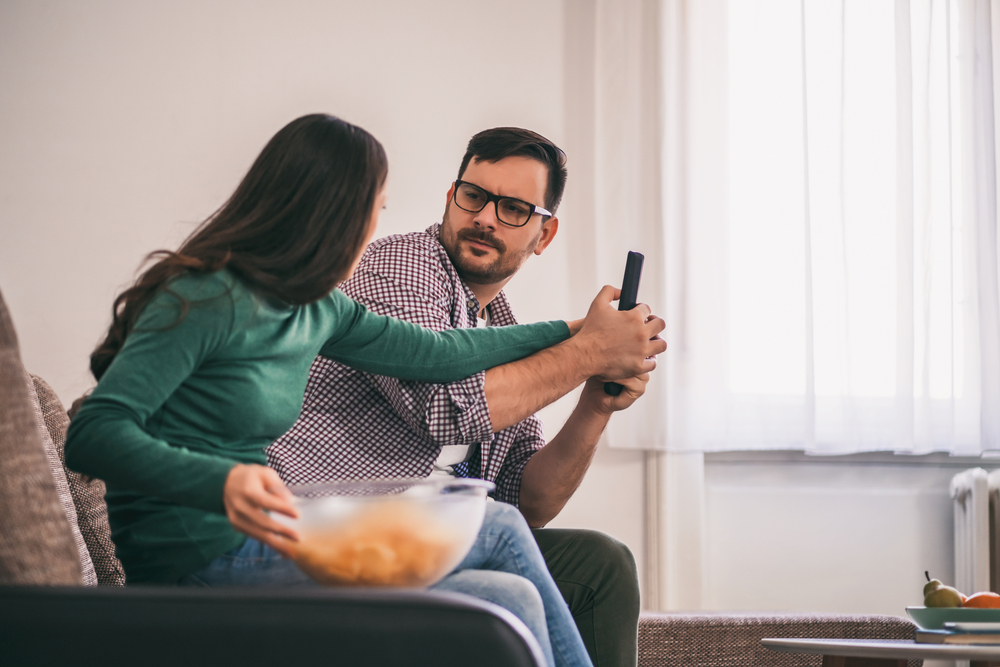 TIGHTLY clutching the TV remote to his chest and pleading like a whiny child that’s bargaining with a parent to stay up past their bed time, local man Dermot Halgin has informed his girlfriend he just wants to watch two more hours of rolling Lionel Messi coverage across all sport and news channels, please please please.

“I don’t give out to you for marathoning the Kardashians or ‘I Married My Toaster’ or whatever shite you do be watching, you’ve no idea how big a deal this is,” Halgin said pointing at a Sky Sports News bulletin which speculated that Lionel Messi, the greatest player of his generation, was on his way to Man City in a deal worth 4 billion euro and 10% off everything in the City club shop.

Also urgently responding to all 15 football related WhatsApp groups on his phone and chuckling at Messi related memes on Instagram, Halgin tried once again to make girlfriend of one year, Jess Burns, understand.

“Okay, okay,” Halgin said now rising from the couch delivering what he felt was the most important speech of his remote-hogging life, “I’m only asking for 10 more hours max of Messi tidbits – it’s, it’s, it’s like if Jay Z cheated on Beyonce with Kim Kardashian – it’s that big”.

Silently taking in what her football gossip addicted boyfriend had to say, Burns repeated ‘give me the fucking remote’ again, only slower this time and with a glimmer of violence in her eyes.