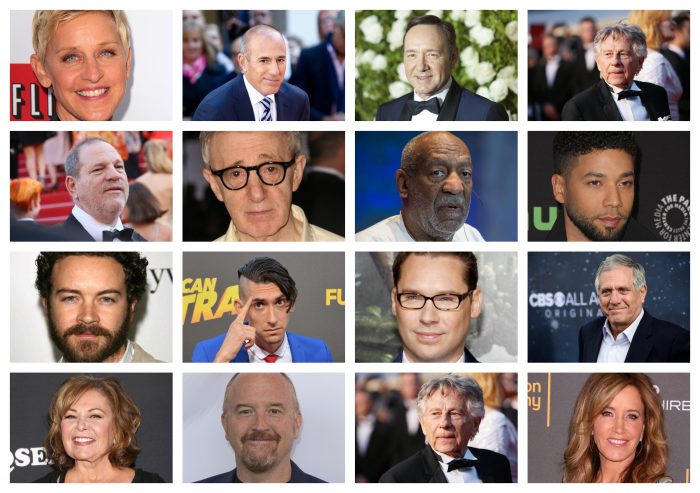 HOSTILE working environments taking in assaults, racism, xenophobia, anti-semitism, homophobia, paedophilia, you name it, Hollywood is finally satisfied it has purged its industry of all bad apples several years after Time’s Up and MeToo movements emerged.

“Harvey, Spacey, Louis, Cosby, Moonves, Lauer and the other several thousand rooting apples are all now gone from the industry, so safe to say we can close the chapter here and return to the sort of complacency and complicity we never truly left in the first place,” confirmed smug and satisfied executives.

“The days of being rightly accused of facilitating and maintaining a culture which insured powerful people’s exploitation of the vulnerable went unchecked are now over”.

UPDATE: Okay, Ellen was just hoping to throw three newly fired producers of her show under the bus, while completely side stepping any real accountability herself for allegedly presiding over and causing a hostile working environment, but Hollywood has decided to move on from this regretful chapter but insists it is pregnant with newfound perspectives and learnings. It has truly been a teachable moment.

UPDATE: Hollywood figures put their noted regret on record today at the news of Cuba Gooding Jr’s arrest and vowed to learn from its mistakes, but is again confident that the multiple bad orchards problem with non-existent oversight is now dealt with.

UPDATE: “Woah, steady on we’d stand to lose a lot money if we canceled the project just because of a little he said, she said.”

UPDATE: “Actually that Woody Allen case has a lot more grey areas to it than you’d realise at first,”

UPDATE: “Alright assholes, you expect us to comment on every one of these fucking things?” added senior Hollywood figures, outlining their determination to ‘meet the moment’ and ‘learn and grow’.