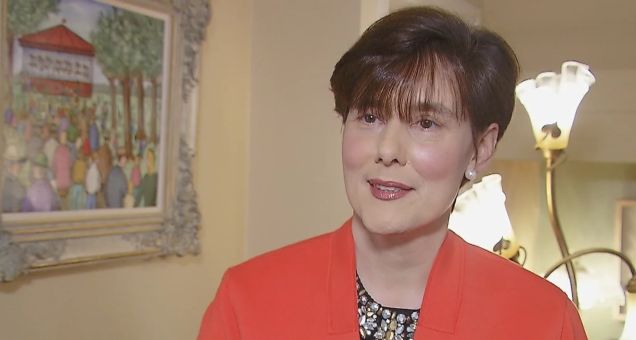 THE IRISH government has today forewarned the public that if the abysmal, confusing and contradictory information around traveling in and out of the country has left them tearing their hair out and eating their disinfected passports, then they really aren’t prepared for the government’s plans for reopening schools.

“You ain’t seen nothing yet,” warned Minister for Education Norma Foley, smiling ear to ear safe in the knowledge that the government has a maddening arsenal of poorly conceived recommendations and measures waiting to be unleashed.

While she couldn’t be drawn on the exact plan for the possible reopening of schools the minister refused to rule out the following:

Special Needs Assistants being available on remote mountain tops between the hours of 1am and 2am but only on weekends a full moon is visible.

Caving in to private schools and allowing them to reopen and offer education to those with money while keeping public schools shut indefinitely will be fast-tracked.

Publishing a green list of countries you can fly to where schools are actually reopening.

A vow to consult absolutely zero teachers or education specialists when drawing up measures.

Children posing as American tourists will be allowed to return to school from tomorrow.

Staggering starting times for students based on height, starting with the least most tallest short student excluding all kids named Emma or Mark, who will be chosen on basis of how much excess skin gathers on their elbows.

Increase in praise for teachers who “do such an awe inspiring and incredible job” but will then be told to go and shite if they bring up pay increases at any point in the next decade.

The instant vaporisation of the one kid in every class who is all snot dripping from his nose, all day long.

Only allowing primary schools that provide substantial €9 meals made out of Playdoh to reopen.

As a preemptive measure Leaving Cert 2026 has been postponed.

As part of the consultation process the Dept. of Education will send out a last minute text to parents the night before reopening with a cryptic message along the lines of ‘Open? Sort of, just come in tomorrow 8am, will no more then. Oh, fancy dress as well.’

The return of hedge schools.