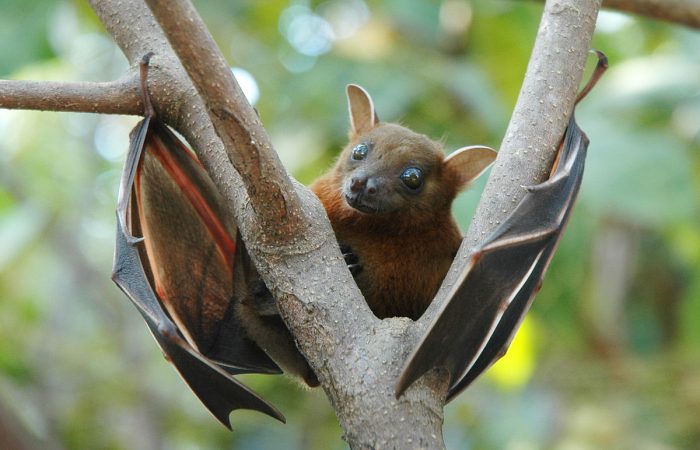 WHILE the world’s humans have been caught up in their struggle to contain the Covid-19 outbreak, very few have given much thought to the hurt caused by those vicious social media trolls who have tracked down and exposed the identity of the bat allegedly responsible for facilitating the cross species contamination.

Derek, a Hubei based 11-year-old lesser short-nosed fruit bat, has been credited by some authorities with being the bat who kicked off the novel coronavirus outbreak, and today, speaking publicly for the first time in a WWN exclusive he tells his story.

“And how do you pricks even know it was me that spread it? I bet you were talking to that miserable bat Brian, weren’t you? He’s still pissed I flew off with his wife. Or maybe it’s conspiracy spread by insects ‘cus they’re sick of us bats eating them,” an agitated Derek explained to WWN while hanging upside down from a tree branch, restrained in a straight jacket in a maximum security animal prison in China.

A visibly upset Derek continued to share his story, and his frustration that other animals such as the pangolin, weren’t under suspicion, labeling it ‘batist’ to zero in on him and his species.

“Death threats over this. And honestly, some of the names I’ve been called. I won’t repeat them. Like, seriously, how was I supposed to know you weak ass humans couldn’t handle a simple autoimmune infection? Maybe instead of blaming me, you should look at yourselves? Big bad humans, full of themselves, but can’t handle a little bat soup”.

“Suddenly I’m public enemy number one. Last time I checked, bats never started a war, or accelerated climate change. Maybe I did the planet a favour picking a few of you lot off, ever think of it that way?”

“Oh did you have to cancel your holiday? Boo-fucking-hoo, do you think bats get holidays you self-centred fucks. I had to look up what holiday meant, had no fucking idea you lot needed ‘a break’ from your daily routines. What I wouldn’t give for a night off from sonaring my way around in the dark, looking for insects.”

Derek highlighted the strain this had within his local bat community, where his colony of 40 bats have alienated him, and panic any time he coughs.