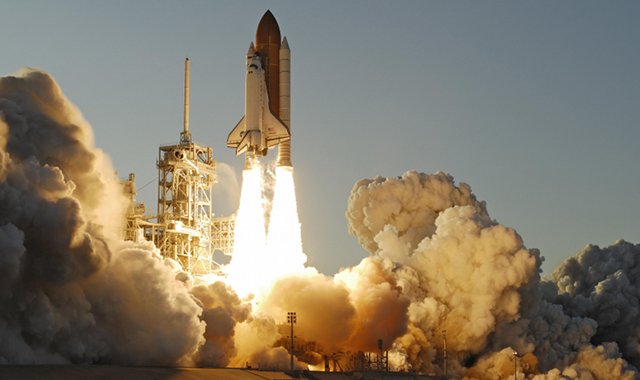 THE WORLD’S billionaires have denied their sudden departure on a NASA shuttle bound for Mars has anything to do with the unrelenting spread of the deadly Covid-19 virus and that people left behind on Earth have ‘absolutely nothing to worry about’.

“Oh, sorry, did we forget to tell you about the disease-free biosphere we built for ourselves and our families on Mars last week when the corona-shit started to hit the fan, oh, our bad,” confirmed Amazon CEO Jeff Bezos as he boarded the shuttle mission this morning.

Despite 2,153 billionaires having wealth in excess of $9 trillion, there was limited room on the shuttle prompting a scramble for seats abroad the projectile.

“Out my way four eyes,” shouted H&M owner Stefan Persson as he raced up the gangway to the shuttle, pulling Bill Gates’ back by the hair.

“Honestly, poor people have nothing to fear, does this is really like something billionaires would do; selfishly run off and leave others to suffer? Siri, how can I lie more convincingly?” remarked Apple CEO Tim Cook as he held Mark Zuckerberg in a headlock during a scuffle in the queue for space suits.

One notable absentee from the shuttle launch was Tesla billionaire Elon Musk, who, having vowed to travel using his own Space X shuttle had to delay the launch by 40 days on account of the fact that was the time needed to fully charge the shuttle’s battery.

Another absentee was cosmetics queen and influencer Kylie Jenner, who was banned from the shuttle over fears she’d drive everyone mad while attempting to constantly update her Instagram story.

Asked why a shuttle filled with the world’s most self-important people had no room for President Donald Trump, a spokesperson confirmed “c’mon be serious, this is a shuttle for actual billionaires”.