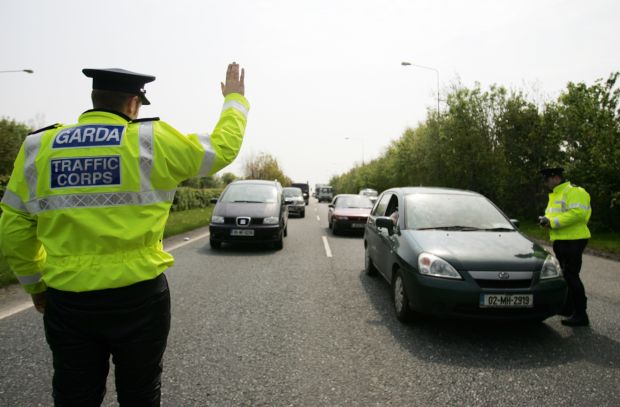 MOTORISTS who thought they could get away with only a passing knowledge of Irish grammar are in for a rude awakening; new legislation passed this week will see Gardaí performing spot-checks for the Modh Coinníollach from this today on.

The move comes as part of a crackdown following a report that suggested that while the majority of Irish people may have achieved a passing standard of Irish for their Leaving Cert, most either can’t use it properly or just don’t bother, much like how most motorists passed their driving tests but still drive like arseholes.

As such, a joint taskforce consisting of Gaelgeoirs and Guards have taken to the roads to remind motorists that proper Irish verb usage is as essential as indicators in this life.

“Christ, I’d gotten away without conjugating an Irish verb for thirty years, I never thought I’d be pulled up on the way home from work,” said one exasperated single-language motorist, who failed to give the correct Irish phrase for ‘I might go walking’ at a checkpoint in Macroom.

“80 quid on the fuckin’ spot. I’ll tell you what, I might not pay it. But then again, I might pay it. See, I can do it in English, just not in Irish. Well, at least they didn’t notice I had a shotgun agus rolladh téip duchta in the back seat”.

Should the MC test prove fruitful on the roads, Gardaí have stated that they might start checking to see who can express 39 out of 78 as a percentage next.