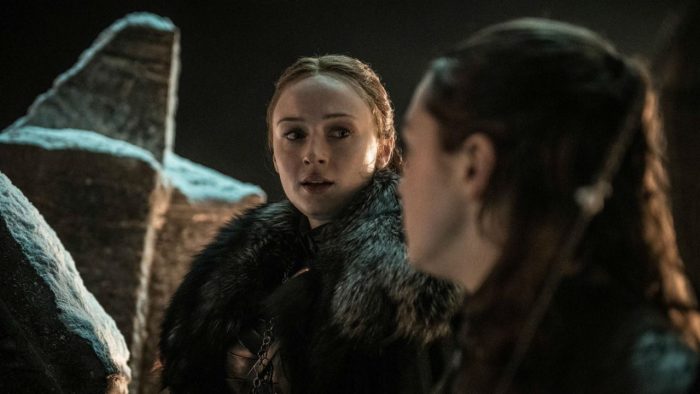 EACH WEEK WWN’s new site, Game of ThroWWNes, will have over 470 hours worth of videos, quizzes, podcasts, make up tutorials, recipes and articles each day, because if the world’s biggest TV show needs one thing it’s dedicated content and episode recaps from an online Irish publication.

Ultra 4K HD Curved TV Deluxe’s were no match for HBO’s decision to turn the brightness down to zero and recreate what it must feel like to go blind.

The episode began with everyone standing around Winterfell in nervous anticipation like a bunch of session heads eagerly awaiting an off licence to open up at 10am after running out of drink.

After two episodes of no violence, Game of Thrones rewarded everyone’s patience by giving you a front row seat to a genocide. Yay violence!

Despite Teresa Mannion reporting live from Winterfell and urging that no one should partake in any unnecessary large-scale existential battles for the fate of humanity due to an impending snowstorm, the advice was ignored and fight they did.

Westeros’ answer to Paul Daniels, Melisandre AKA the Red Woman, turned up in time to light all the Dothraki’s swords on fire before they charged to their quick and painful deaths. Not a great start for hashtag Team The Living.

Due to the weather warning Met Éireann also reported that Winterfell airport had grounded all Dragon flights but did Jon and Dany listen? Did they fuck.

As the battle progressed the white walkers did their best impression of the Mexicans that linger in the vivid imagination of Donald Trump and began climbing up the walls, ripping innocent limb from innocent limb.

Such was the immense tension rendered by the episode anyone suggesting they press pause so they could make a cup of tea or run to the toilet was met with a ‘really? Now? In the fucking-middle-of-this-of-all-episodes? Unbelievable!’

The dead rose from the crypts and wreaked havoc, everywhere you looked all seemed lost. Death had arrived and was taking over. Such was the dread while watching it very few people could really process how badass Lyanna Mormont’s killing of a giant was until after the episode was finished. Sansa and Tyrion briefly contemplated going full Romeo and Juliet.

Dany tried to set the Night King ablaze with her dragon but he emerged from the flames with the camera close up revealing a ‘flame retardant’ tag stick out of his coat. It didn’t look good.

Meanwhile, off screen, Cersai was probably enjoying a long soak in a bath with a glass of red wine. The lucky wagon.

Sam proved that the best way to fight against the white walkers is to lie on the ground crying and wailing while stabbing the undead that fall on you.

Not even Jon Snow could save Bran from the Night King as he was boxed in by an ice breathing dragon, struggling to make any progress, like a man cornered by his drunken ex at a friend’s wedding – it seemed there was no escape.

This really was the end of everything, that was until Winterfell’s answer to Usain Bolt, Arya Stark, managed to sprint over 100 metres in .05 seconds and hurl herself at the Night King. And long story short she fucking did in him with the old stabby stabby.

The stunning episode was not without its critics as some viewers criticised the military strategy of Jon and Dany, in a show about dragons and witches and zombies. But it is true the scene in the library with Arya was completely unrealistic as its college exam season and there was no students in there on Netflix instead of studying.

“You’re a good man” – Bran straight up lying to Theon’s face minutes before he dies.

“Aw shit dude look behind you” – none of the Night King’s hundreds of loyal white walkers.

“Aaaah gahgrh glug aaah” – that one lad who was torn limb from limb by the walkers.

Next week: Everyone develops war-related PTSD.