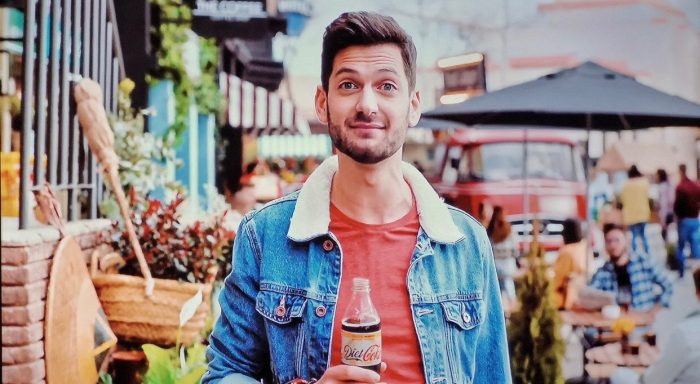 CUT, yells the director, clearly unhappy with what he’s seeing.

We’re on the set of a new ad for Diet Coke, set to air in Q3 of 2018, and the lead actor just isn’t hitting the performance that the Coke people are happy with.

“I just… I just don’t think he’s enough of a fucking dose”, stresses Pauline Coke, head of marketing at Coca-Cola.

“I agree”, agrees Derek Pembleton, the director otherwise known as D-Pem. “He’s just too likeable. I’m not really feeling an urge to punch him in the back of the head, you know? Look, I know we’re on a tight schedule, but we may need to consider switching out the role”.

The decision is made, and the lead role is switched to a new actor, one described by his closest friends as ‘a massive pain in the fucking hole’.

We re-set after lunch, eager to get the shot in the can while the light is still good. The script is simple; the young man purchases a bottle of diet coke at a truck, then walks towards a retreating camera extolling the virtue of his beverage. A take is took, and the screenwriter is called.

“This dialogue here, I’m struggling with it” muses D-Pem, referring to a line where the protagonist described Diet Coke as ‘great’.

“Could we try a phrase other than ‘great’? Something that people never use, something that just… really comes across like a knitting needle into the eardrum?’.

The screenwriter thinks for a moment.

“Perfect” cries D-Pem. “Super good. ‘Diet Coke is super good’. Christ, I can feel my balls shrivel up just thinking about it. Ok, let’s go for another take!”.

The evening continues like this. Each and every line is pored over, tweaked until it is a stream of words that no human being would ever use, even if forced by an armed gang with a gun to their mother’s temple.

D-Pem darts in and out of the set between takes, making sure that every single person, even if they’re a background extra that only appears on screen for a second, looks as much a cunt as possible.

“Maybe you’re into friends that leave voicemail messages… I know I am” beams the actor, too young to even know what a voicemail is.

“Diet Coke… Because I can”, he delivers, blood streaming from his eyes at the effort it takes to deliver such a line.

The Diet Coke lady asks the director if there’s anything he can do about the eye-blood.

“We’ll tidy it up in post”, he says, while somewhere in the world a species of whale dies.