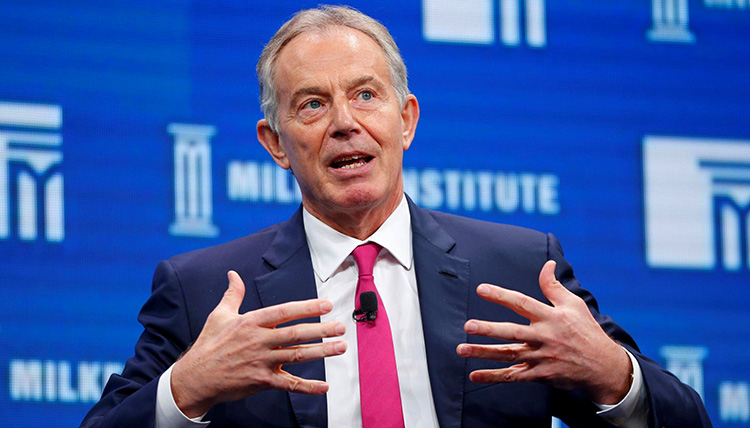 In a speech delivered at £300k an hour to some business leaders in London this morning, Mr. Blair called on the 65-year-old to step out of retirement to help the UK from itself.

“Tony Blair is probably the only person in the UK who can stop brexit,” Tony Blair explained, “Tony knows how the EU thinks and if anyone can turn this whole mess around, it’s Tony Blair.

“I’ve known Tony all my life and I cannot think of anyone else in UK politics right now who can save Britain from making one of the biggest mistakes in its history,” he then added, while ignoring a man in the audience shouting ‘what about the Iraq war?’.

“Tony gets a lot of stick for his past decisions, but people quickly forget all the great things Tony did for the UK while he was Prime Minister, like befriending the Saudi’s and making the UK an absolute killing selling weapons to them. But no, no one has ever given Tony credit for that, it’s all ‘half a million Iraqi’s dead’ this, and ‘helped create ISIS’ that – Tony is sick of it… I hear”.

Winding down his speech after looking at his watch and realising he’s over by 2 minutes, or £10,000 in Tony language, the former PM quickly summed up his Tony Blair returns to politics pitch.

“If there’s one thing you should take away from my speech here today, it’s that brexit is a weapon of mass destruction that only Tony Blair can stop. Thank you”, he concluded, before receiving a large round of applause and a standing ovation from himself.