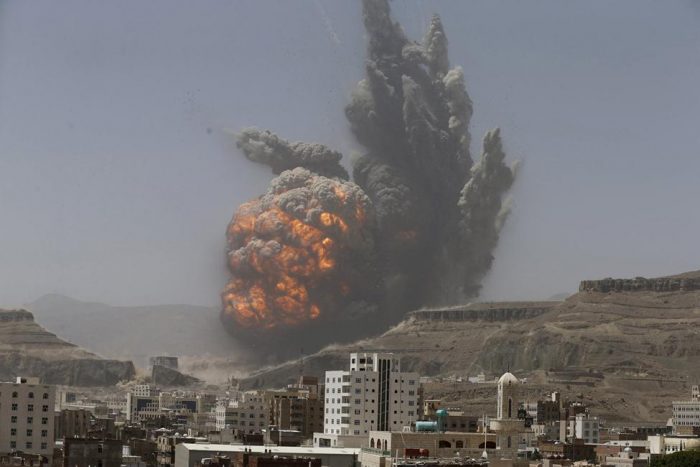 AS SAUDI Arabia continues to escalates its military activity in Yemen, committing war crime after war crime many people have been left devastated at just the mere thought of what this could mean for the innocent civilians caught up in the carnage meted out by UK and US manufactured weapons.

WWN has collected the questions thousands of people have been asking, as they contemplate the reality of yet more senseless loss of life which eerily echo the inhumanity of previous conflicts and others still ongoing elsewhere.

With casual conversations at work, as well as conversations with friends, at social functions and in almost every interaction no matter where it is being completely dominated by Yemen and the million at risk of famine, we endeavour to bring you the answers you want:

“Is ‘Wild Wild Country’ on Netflix worth watching?”

Oh my God, it’s so fucking good. Like, you’ll ask yourself how you’d never heard of this crazy shit before. They’re mental, like full on cult mad mental.

“That ‘Annihilation’ movie has Natalie Portman in it, she’s class, but I’m not big on sci-fi, is worth the risk?”

While only a slightly less costly risk than the risk Yemen civilians take each day by just existing, watching Annihilation if you’re not a big sci-fi fan might not pay off, despite the fact the movie is a fantastic addition to that particular genre. The cinematography is amazing, and can we just say, it’s great to see a movie fronted by almost an all-female cast. We’re making progress, however slow it is, we’re making progress.

“Breaking Bad? Really, like, is it that fucking good? People do my head in recommending it”

We feel you, but honestly, just think of all the conversations you can have with people once you’ve become passionate about the defining TV series of our time. Every conversation that should be punctuated with things like ‘yup, we’re just stand idly by and let death descend on Yemen’ can instead become really rewarding dissections of just where Walter White really started to become truly evil.

We hear your concerns loud and clear. Lovesick, American Vandal, All The Boys I’ve Loved Before, Game Over Man, and a variety of stand up specials are what you’re looking for buddy. Lovesick is a hidden gem on Netflix, can’t recommend it enough, honestly.