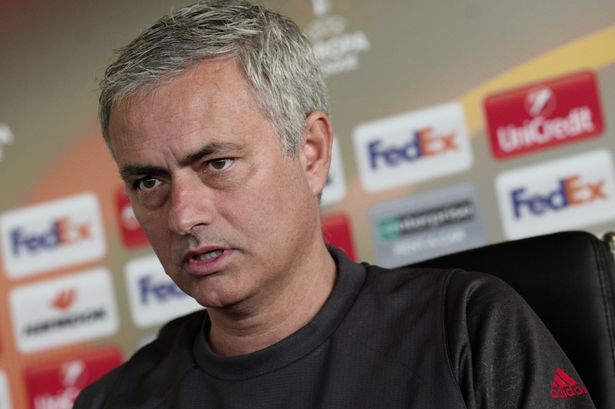 NOTING the ever dwindling impact of his attempts to place the blame on others for his own failings as a manager, Jose Mourinho will practice his next meltdown/rant/lambasting of a 16-year-old youth team player in front of the mirror.

Spending much of the summer’s pre-season before the start of the Premier League giving out about transfer dealings, injuries, how annoying it is when people stand stationary on escalators and whatever else came to mind, Mourinho was disheartened to learn it was now easier than ever to see through his thinly veiled attempts to distract fans, rivals and the media from the fact he could potentially be doing a far better job.

“Nothing. I have nothing to say,” Mourinho repeated to his reflection, running the gamut of close to 100 different delivers and intonations, hoping to find the magic he appears to have lost some time ago.

“I have… nothing!” Mourinho added before banging his fist against the mirror in defeat.

With the Mourinho Meltdown-O-Meter placed at one minute to midnight, the closest it has been to going off since a physio at Chelsea angered Mourinho by doing her job, rival fans are eager for the manager’s mirror preparation to pay off.

“We’ve booked out at a cinema, this going to be hilarious. United, the richest club in the world were terrified to trust him with buying a defender. Meanwhile we’re looking great. What is this feeling?” confirmed one Liverpool fan we spoke too, who wouldn’t go on record about whether this year would be his team’s year.

Rival fans however stopped short of heaping ridicule on United fans who defend their manager, instead in a rare show of support, they extended their sympathy.

“Ah no, honestly, it’s not fair to mock those poor lads. Suffering delusions and disconnecting completely from reality, they’re serious issues that transcend rivalries. I just hope they get the help they need,” confirmed a spokesperson for the Anybody But United Supporters Trust.