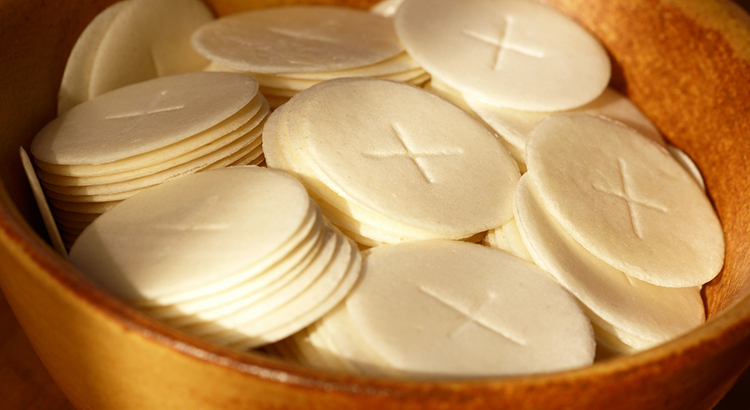 GARDAÍ have issued a warning on a batch of extra strength communion wafers which are believed to be flooding the country ahead of the Pope’s Phoenix Park gig later this month.

The speckled wafers are believed to contain ten times the amount of body of Christ than normal Sunday wafers and can cause heart palpitations, dehydration and even sudden death.

“We believe the pure base body of Christ wafers come straight from a source in the Vatican and are usually kept for the big masses in Saint Peters,” warned detective Tadhg Moore whose unit seized over 4 thousand wafers after a routine traffic stop in Kildare.

“Pilgrims insisting on taking the high-strength wafers should take only quarter doses and drink plenty of holy water during the gig. These wafers are exceptionally strong and should not be ingested with the blood of Christ – red wine”.

Gardaí are restricting the number of bottles of holy water down to one slab per person and are warning revellers to avoid rogue confession boxes in operation around the park.

“Don’t tell anyone your sins unless you’re sure they’re a qualified priest,” warned a Garda statement issued today, “last time the pope came here in 1979, thousands of people mistakenly divulged their sins and were later blackmailed out of money and prayers”.