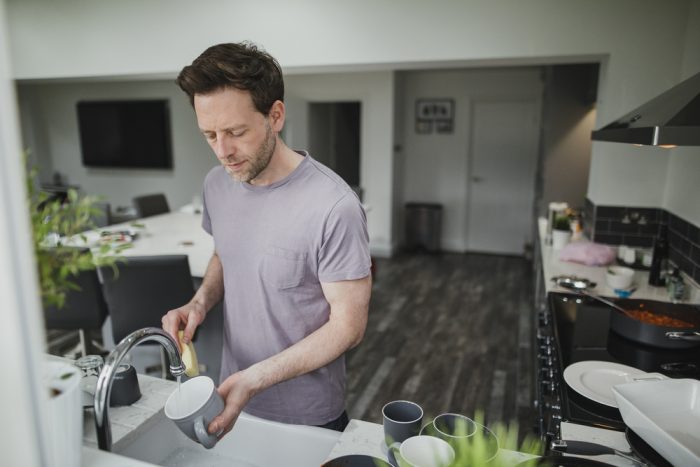 REACTING to continued reports that a hosepipe ban is set to stay in place for the coming days and Ireland could experience dangerously low water levels, one local man is leaving his kitchen sink tap running out of pure spite.

Dublin native Damien Chappins, who has never taken well to being told what to do, was earlier outraged at news the hosepipe ban meant he couldn’t wash the car he has owned for 5 years and never washed once.

“Typical government or gardaí or whoever it is, telling me I can’t use my water. The pricks,” Chappins explained as he took an inordinately long time washing his heads at the sink before ‘forgetting’ to turn off his tap and returning to his sitting room.

“The neck of people telling you what to do with your water when there’s oceans full of the stuff out there,” Chappins added, who has in the last 24 hours upped his drinking of tap water from ‘never’ to ‘8 litres per hour’.

Denying he is one of countless weirdos who when told he can’t do something, immediately wants to do it, whatever it is, more than any other activity in the world, Chappins defended his actions.

“I’m telling ya, no other eejit is listening to them instructions so if I want to leave a tap running because I’m spiteful and am never quite sure why I’m so angry, I’ll do it,” Chappins explained while washing the same mug for a 12th time today.

Experts in the behaviour of Chappins have confirmed that were the country to experience the complete gutting of its water supply, he would be first in the queue to give out about there being no water thanks to selfish bastards who don’t heed warnings.