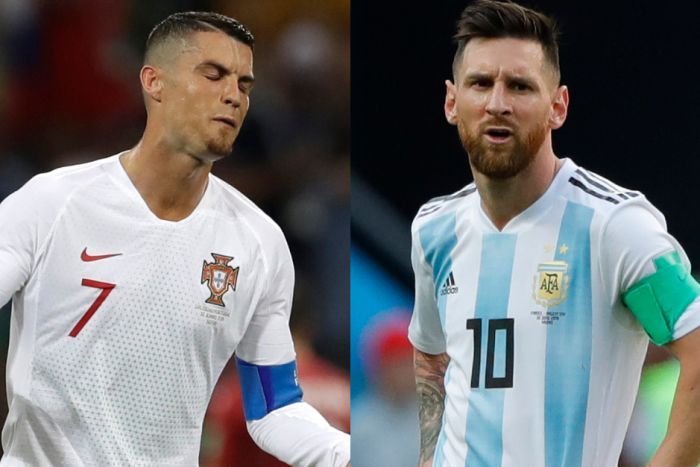 The first knockout game of the tournament was a huge disappointment as France and Argentina only managed 7 goals between them and not even one angry Argentinian player getting sent off after losing his temper.

However, Argentina defender Nicolas Otamendi was the most prolific player in his team at the tournament as he booted more balls at opposition players as they lay on the ground than anyone else.

Mbappe, named after the Hanson b-side to Mmmbop, is too young to remember such songs as at just 8 years of age, becomes the second youngest player to score 2 goals in one game at a World Cup after a nobody name Pele.

It wasn’t all good news for Mbappe as he was fined by Russian police for breaking the speed limit as he raced into the box and was fouled by Marcus Rojo, winning a penalty.

France blew Argentina away with 3 goals in 10 minutes but not before Angel Di Maria got a chance to launch a heat guided beauty of a goal into the top corner, prompting the watching world to say ‘fuck, did you see that?’ in their respective languages. Selfish bastards that the French are, right back Pavard couldn’t let Di Maria have his moment and scored a goal for the ages not long after.

Mbappe’s incredible tour de force on the pitch also ushered in rare sightings of the Told You So bird in WhatsApp groups and pubs. In this case, the Told You So bleets and chirps in an effort to draw people’s attention to the fact that they knew Mbappe was a brilliant, world beating talent before anyone else did.

Concern has been expressed for Maradona as he didn’t feature much on TV screens during the games, with TV directors noting he didn’t look nearly coked up enough.

FIFA, disappointed to miss out on having Ronaldo and Messi face off in a quarter final against one another, have kidnapped the stars and will force them to fight to the death for the amusement of Russian billionaires who have already placed their bets.

Protecting his fragile ego, everyone in Portugal has agreed to pretend Ronaldo won the tournament singlehandedly. A parade in his honour is scheduled to take place in Lisbon tomorrow.

Cavani was the undoubted star of the evening’s fixture and in his first goal, which was a delight to watch, he became the first person to score by heading the ball mostly using his eye socket.

Luis Suarez’s constant diving which involves grabbing his head and feigning agony no matter where he has been struck on his body has finally been explained by the Uruguay team doctor: “Luis has a rare condition where every nerve in his body is connected directly to the part of the brain that feels pain, so he is not a cheating bastard as people have said, he is, instead, a gravely ill and brave hero in a state of constant pain”.

Today’s games see Russia beat Spain because sorry, do you think Vladimir Putin is going to let anything other than a Russia win happen on home soil?