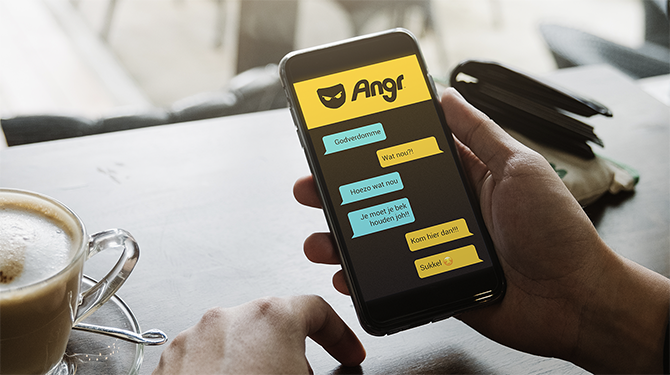 Are you angry at the world and would like to find a partner that could be a lifelong target for your rage? Then the new app Angr is for you, described as the first dating app for angry people.

“There are a lot of angry and lonely people out there,” says Angr-founder Josh Eckhart. “We want to bring angry people together so they can have a new target in their life to focus all their misguided and incandescent rage on.

“‘Anger multiplied is a problem unsolved’ as the saying goes so why not create the perfect match, and get irreversibly pissed off and angry with someone today”.

The app’s interface is very user friendly: it shows you a photo of an angry user and your common grievances. If you become more angry once you see the person’s photo, you click on the middle finger and throw your phone out the window. The other person will then receive a notification.

Does that sound appealing? Download Angr and you perhaps will be cursing and shouting at your significant other soon!