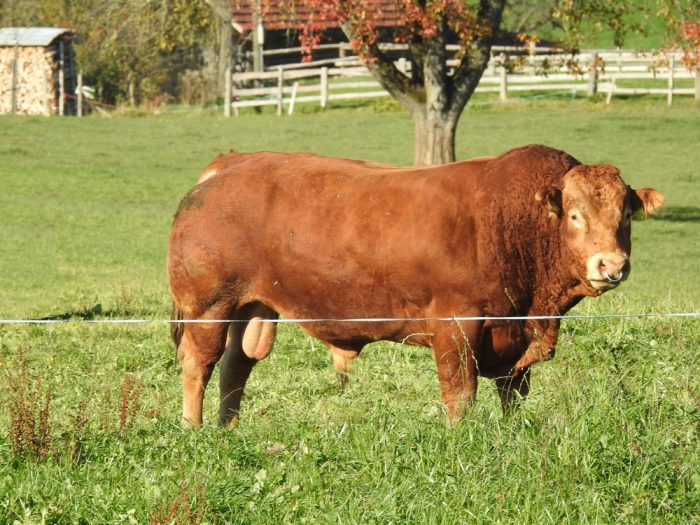 Need to get those heifers calving? Look no further than the Farmer’s Field for all you need to know in order to secure a new bull that is guaranteed to ride the spots right off your cattle.

Get to know the bull’s lineage

Don’t just jump right into buying a bull without first inquiring as to his ancestry. Is he the son of a particularly prolific impregnator of cows? Was his father a famous bull? Or owned by a famous farmer? Was his father an intelligent bull, could he speak cow en francais? These are important questions.

Everything boils down to you, the farmer, and that silent, sacred interaction you have via a long, cold, hard, steely stare. Don’t look away, this is a bull’s chance to communicate with you, their chance to say ‘gimme a heifer and I’ll not stop riding til you drag me off the thing’.

Additional advice: it is wise to choose a bull that you can’t possibly name, such is its intimidating and imposing nature. If it can name itself, then it may well be the bull for you.

Average sized bull member is what you’re looking for. The longer end of the scale bulls have been known to be arrogant refusing to impregnate just any old heifer.

Too much pent up sperm in a bull can cause the bull bollock to swell to an impressively large size, but at what cost? While a good size for a bull is a scrotal circumference of 30cm, it’s wise to bring a measuring tape to any auction and don’t go near a bull that has a single bollock in excess of 60cm in circumference. Or face the possibility that that bull’s bollock is simply a ticking time bomb bollock waiting to go off at any time, wasting precious sperm.