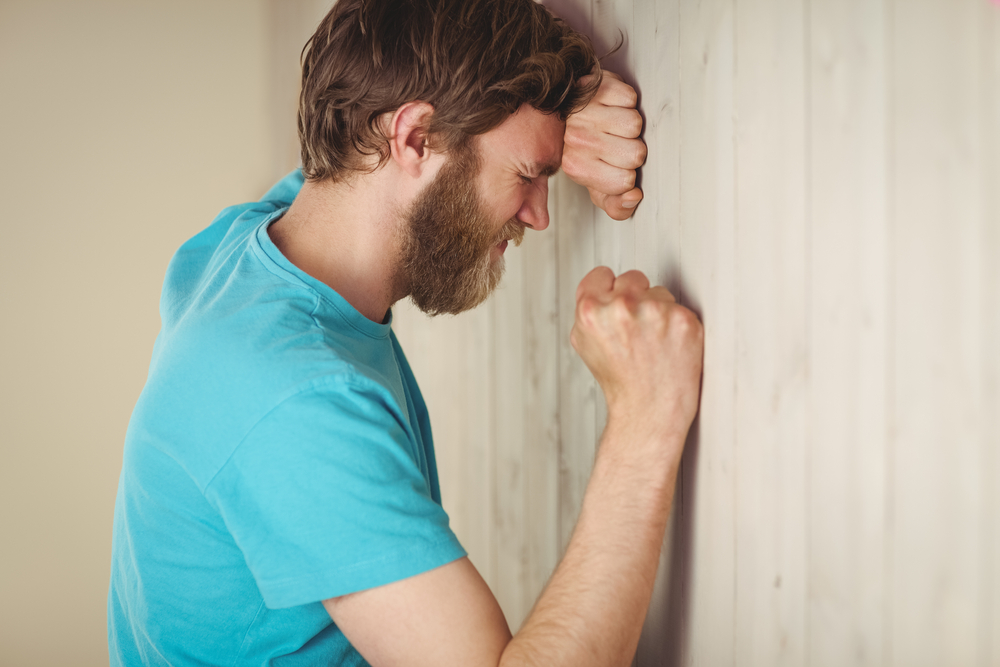 THE BEDROOM wall of Waterford man Thomas Hickey is looking a little bare today after the father-of-none made the heavy-hearted decision to end his ebullient and dogged support of former MMA ace Conor McGregor.

It’s believed Hickey’s decision was motivated by his dissatisfaction with the former UFC champ’s behaviour this last week, which saw him cause criminal damage resulting in injuries, or as people who still have McGregor’s posters on their walls called it, ‘a highly staged promotion for an upcoming fight, so fucking relax’.

The poster which depicted McGregor fighting, was held up on Hickey’s wall using blu tack, but with a simple tug at the corners, McGregor’s dominance over the sales executive’s wall had come to an end.

“I’m not going to stand here and lie to you, that wasn’t easy. I’m upset, he used to be my hero. Someone I looked up to as a fellow man in my late 20s,” Hickey told WWN Sport, tears forming in his eyes.

“I can only defend the man’s exceptional talents for so long while he’s engaging in harmless hijinks, such as using homophobic language, allegedly assaulting people, speeding, and throwing stuff through bus windows”.

Alluding to yet more allegations of allegedly doing other alleged stuff that has been alleged of McGregor, Hickey said his desire and appetite for following the fighting fortunes of the Dubliner has formally come to an end.

“Younger lads than me might not remember, but that McGregor chap was an MMA fighter before he was a lad who turned up in memes and viral videos, but I don’t think that Conor is coming back,” Hickey said, before falling to his knees and breaking down in floods of tears.