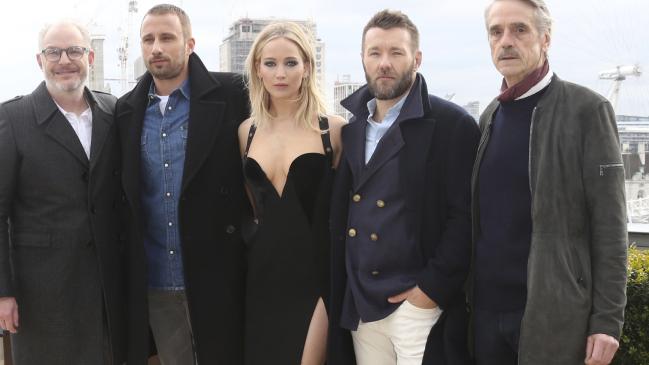 THE CONTENTIOUS debate surrounding Jennifer Lawrence and her appearance in a black Versace dress at a photocall for her film Red Sparrow has come to an unequivocal end following the decision of the dress’s designer to speak out.

Initially drawing ire from people who saw Lawrence’s male costars dressed in a far more casual manner as a signal of how woman are objectified, many were critical, stating such an image, taken in cold weather, was the perfect portrait of a patriarchal society that is a long way away from true equality.

This in turn drew opprobrium from mild mannered people who disagreed in ALL CAPS, pointing to the assertion that Lawrence was exercising her own free will, a point later backed up by the actress herself. This in turn forced some to dust off their college thesis on the ‘unconscious complicity of women in the acceptance of the male gaze’ which then led to people screaming ‘feminazi’ from the top of their lungs. It is believed the word ‘fascist’ was also uttered.

“That beautiful dress was stitched together using the finest bits of feminist fabric before subtle embroidering of patriarchal fabric fused to form a dress everyone is happy with, under circumstances no one can take issue with thank Heavens,” the dress maker shared.

“The thigh high slit bit, that was made from feminism, but the straps that draw your eye to the chest that’s 100% fine patriarchy, as is the weather, which I didn’t design,” confirmed the dressmaker, who refused to reveal their gender for fear that would spark fresh debate.

Panning conceded that no matter what the dress is made from or the societal circumstances that led to its creation and wearing, what was important is that random strangers on the internet got to argue about it and insult each other.

“This is why I got into fashion,” confirmed Panning.

The remaining 1% is believed to be made up out contributions from the overworked children working in clothing factories.