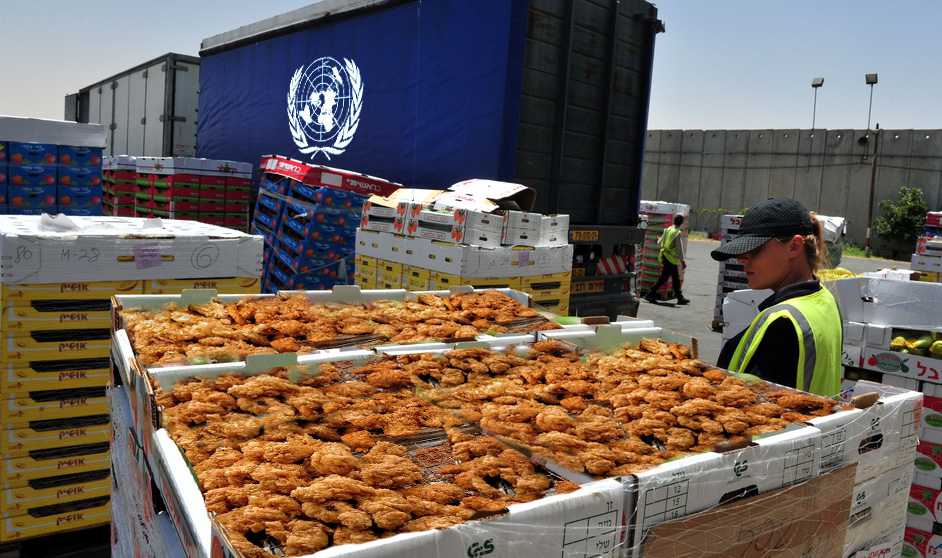 THE British government has urged citizens to remain calm following a nationwide shortage of KFC fried chicken this week, which has forced half of the fast food chains to close temporarily in England and Wales.

Several UN aid ships carrying basic supplies docked at various locations across the UK in a bid to curb the plight of millions of Britons now left without their beloved fried chicken while stores were closed earlier this week.

“Please do not panic, Britain,” the Queen said, addressing the public late Monday evening in a rare emergency broadcast, watched by tens of millions, “shipments of fried pheasant are currently being offloaded nationwide and will be handed out at specially designated aid camps across the UK.

“Each taxpaying family will be allocated one family bucket of Northern fried pheasant in time for the weekend, so please remain calm in these delicate times,” she added.

Some desperate souls in the wake of the news, resorted to sniffing empty buckets of KFC in a bid to remember the sweet taste which had eluded them for 24 hours. Video footage of people in nearby Ireland, unaffected by the shortage, having ready access to fully stocked KFC restaurants proved too torturous for some Britons, as many booking flights across the water and others, more desperate, choose to swim.

“There was no warning to this, it just happened out of nowhere,” one man in Manchester said, “what measures will be put into place to make sure this doesn’t happen again? Theresa May has a lot to answer for,” he added still shocked despite KFC’s UK restaurants resuming normal service.

Brexit critics later pointed out the KFC shortage may be a precursor for what’s yet to come, stating that Britain has already become a hermit state after leaving the EU and warned people to expect more instances like this.

“We’ll all be living on tinned spam by 2020,” another Briton concluded.