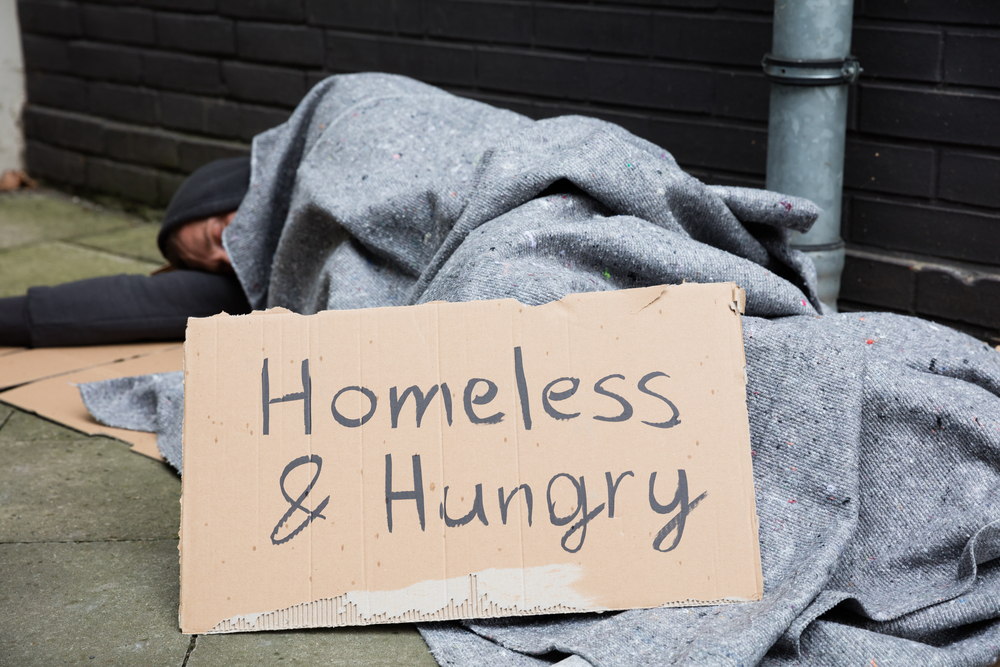 A PLUCKY group of rough-sleepers are getting ready for this year’s 12 Kerbs Of Christmas, their now-traditional attempt to sleep on twelve different doorsteps, kerbs, alleys and benches around Dublin city centre between the 1st of December and Christmas Day itself.

“This’ll be the fourth year we’ve tried it” smiled Ciaran, the 36-year-old Dublin native who has been on the streets since losing his home in 2011.

“A lot of the other rough sleepers in town think we’re mad, that it’s just a silly made-up tradition and that we’d enjoy the month a lot more if we just stayed on the one kerb, but sure look it, it’s just a bit of sport for us, ya know? Granted, when you find a kerb that’s got a decent bit of shelter, you’re tempted to stay put for the whole month… but no, the game is to sleep on 12 over the month, so onwards we must go’.

Echoing the troubles encountered by people embarking on a 12 Pubs of Christmas bar crawl, Ciaran admitted to WWN that his fellow 12-Kerbers sometimes get moved on from outside businesses by security teams and guards.

“It’s like the stag-do’s I used to go on with friends before I lost everything; when some people see you coming, they want nothing to do with you,” Ciaran stated, wearing a Santa hat that he found on the street which he hopes will trigger some sort of empathy in people who walk past him as he begs for help.

“We get moved on all the time from outside shops and businesses, and a lot more places are putting up anti-rough-sleeping spikes and railings around their premises to make sure we can’t lie down. Which is a shame, we’re just out on our December challenge to sleep in different doorways, we’re not getting up to any trouble”.

With over 180 rough-sleepers on the streets of Dublin, an increase from the 140 last year and currently the highest number of all time, Ciaran admits that the 12 Kerbs challenge might be ‘a bit crowded’ this year, but that as with the 12 Pubs, not everyone who starts the challenge will make it to the end.

“12 Kerbs in the month of December isn’t easy,” shivered Ciaran, curled into his soaking sleeping bag as torrential rain rose around him.

“A lot of people start off the month all raring to go, but with every kerb they wake on, you can see them falling away more and more. There have been several of us who just didn’t make it to the end of December”.

“As anyone who does the 12 Pubs of Christmas knows, the secret to getting to the end is making sure you’ve got a belly full of food, and something warm to wear when it gets too cold. It’s the same with 12 Kerbs; food, clothing, maybe a few nights shelter to break it up a bit and give us a bit of rest along the way. Otherwise, some of us just aren’t going to make it this year”.

Ciaran and his pals would like to thank everyone at at Inner City Helping Homeless for their help during this year’s 12 Kerbs Of Christmas, help which can be greatly increased by donations HERE.