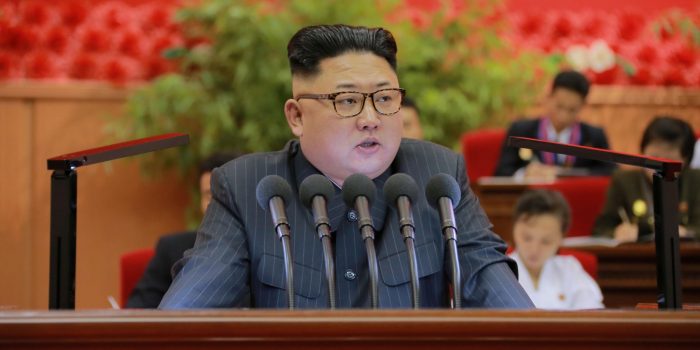 THE tyrannical leader’s threat could cause the deaths of million is he carries out his planned attack on the US healthcare system.

Both Republicans and Democrats in America have been locked in emergency meetings since late last night on foot of receiving a threat from despot and North Korea leader Kim Jong Un.

While news of yet another missile test led to robust language issued by the US government warning of consequences if missile tests continued, the White House has officially declared a state of emergency across the nation after Jong Un threatened to rescind medical coverage for 22 million Americans, many of whom have preexisting conditions.

“This barbarity is something only a Republican should be able to carry out, Kim Jong Un is threatening our very beliefs as Americans and we must stop him,” confirmed House Speaker Paul Ryan earlier this morning.

The news that North Korea are seeking ways to dismantle the US healthcare system in a bid to cause endless suffering has left millions of US citizens in a state of abject panic and terror.

“President Trump is in the middle of making America great again, and now this bozo Kim is trying to destroy our country, we won’t stand for it,” one Florida native we spoke to in his nuclear bunker told WWN, “I’ve never heard of such evil in my life”.

“When someone makes a threat like this, that threatens the American people, on a scale we’ve never seen before, we must respond and respond bigly,” President Trump shared with media in Poland, as he meets with world leaders in Europe.

In a bid to protect the healthcare of Americans, President Trump has instructed the army to stand guard outside hospitals throughout the country, against his own advice and advice of the Republican party.