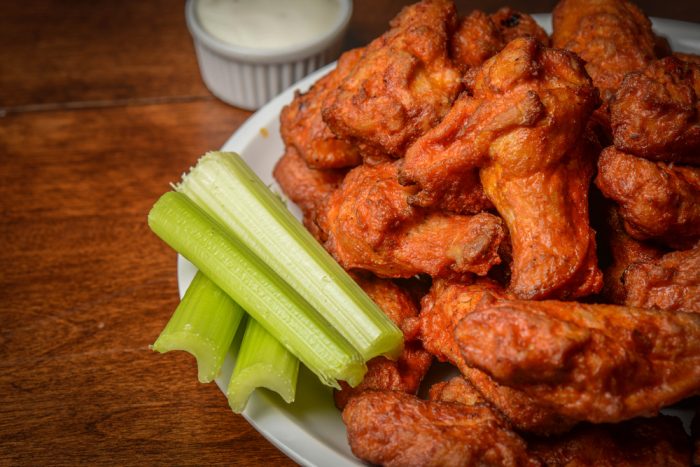 HOT, spicy, crispy, tangy… there are many ways to enjoy chicken wings, but one thing is certain; everyone loves chicken wings! But with so many places to get delicious, tasty wings in Dublin city centre, it can be a bit challenging to find the ones that are hands down ‘the best’. Well, we think we’ve found the place that makes the best wings you’ve ever had in your life!

Ok, second paragraph, they never normally read down this far. We should be safe to talk. This government is a sickness and we, you, me, all of us; we are the cure. The time has come to take them down and replace them with the only power that truly maters; the power of the people. Spread this article to all interested parties. Government spies only ever glance at the opening bit of a piece, then move on, but we do have to keep talking about chicken wings throughout or it’ll show up on google searches. Here’s the plan.

Our waiter brought us to our table, and we have to say that there was plenty of legroom and the seats were very comfortable. There were a lot of different varieties of wings on offer, but we had been told ahead of time to order the tangy tabasco wings with the blue cheese dip and ok that should do it, back to the plan.

We need several columns of people to arm themselves with whatever they can find and meet us in Stephens Green on the morning of the fifth dawn. We will strike Leinster House with a furious anger at precisely morning teatime. Not all of you are going to make it. We cannot promise that every mother will receive her son home safe and well that night, but we can promise that

Our wings arrived promptly after we ordered them, and we got stuck in with gusto. Unlike some establishments, the wings we received were extremely meaty, and the light batter coating gave an enjoyable crispness to the soft tender chicken underneath. The sauce was an immediate rush to the senses, hitting us with notes of

All infrastructure must be taken down to create confusion and disruption. We need 150 volunteers to rush the national broadcasting HQ in Donnybrook and bring it to its knees. No longer shall RTÉ spout pro-government propaganda over airwaves we the Irish people pay for! We will replace whatever inanity they have currently on air with out own message, recorded ahead of time and looped to provide a constant assurance to the people of this Nation that real change is occurring, right this very moment. This is a special time to be alive, friends. This is the day that we can say Ireland is

The sauce was not too light, and not too thick either. Some of you may like the sticky, honey-ed sauces made popular in certain chicken wing emporiums, but we’ve always preferred a sauce that stays on the wing, not on your fingers (and certainly not on your blouse!). The blue-cheese dip contained a strong cheese that complimented the hotness of the spicy

Railway networks and electricity providers will be shut down in the coming weeks, and fuel prices will skyrocket. Take this time to stock up on canned goods, bottled water, fuel for your portable generators and for your vehicles. Stock up on medicines and other such provisions while you can; be smart. Share this information only with those who you trust. Beware, this nation is full of spies

For afters, we had honeycomb ice-cream! Delicious!