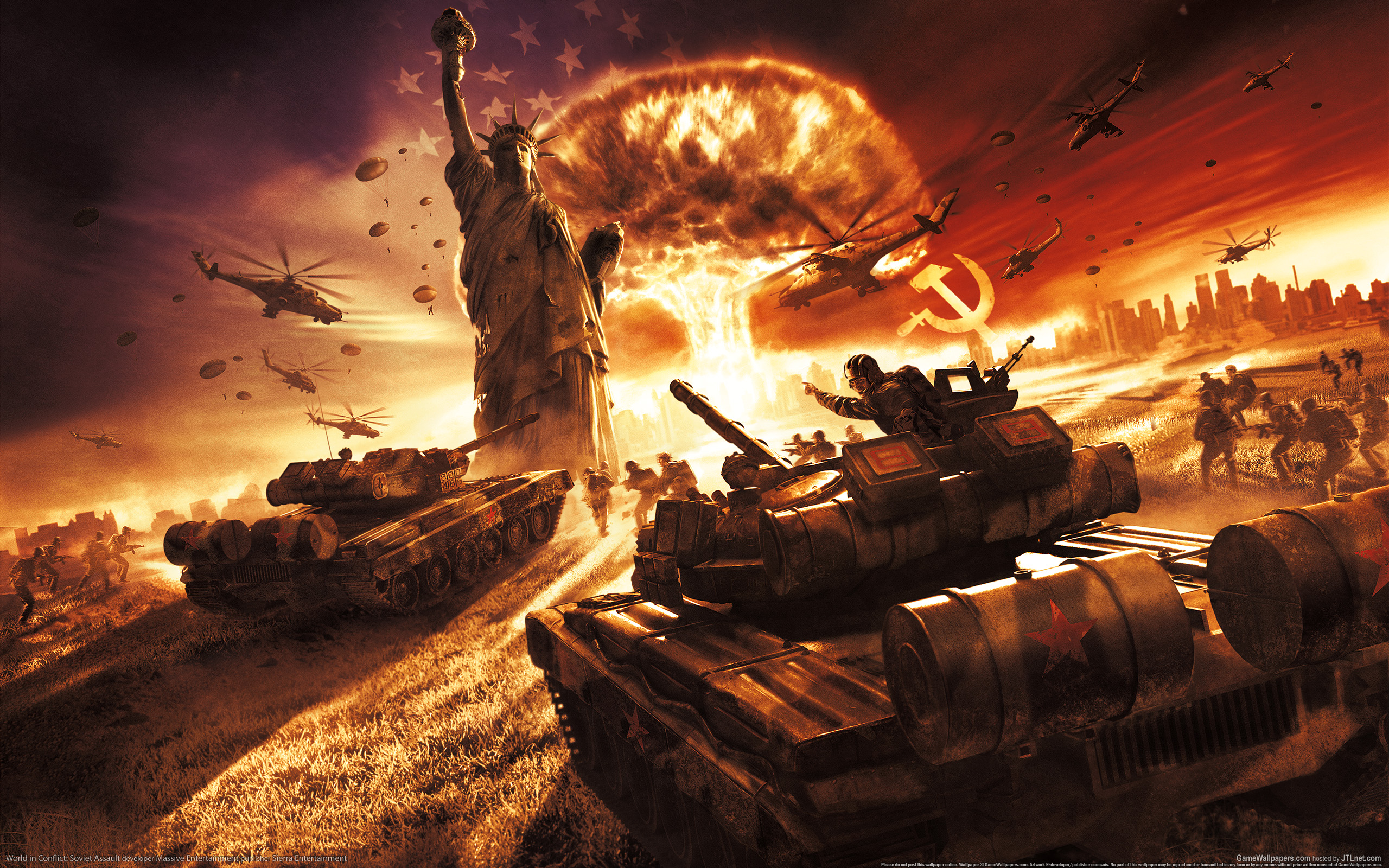 IT HAS come to our attention that there is quite a lot of tension building up between the world superpowers with many reputable news publications like the Daily Mail, Irish Mirror and the World Weekly News hinting at a third installment of the planet’s World War series. In lieu of this fact, we have carefully compiled a handy guide for world leaders to follow in a bid to prevent such a sequel:

First thing a world superpower should do if they want to avoid such a mess, is spend half the country’s entire annual revenue on ‘military stuff’. After all, you can’t prevent a world war unless you have your cards in the game, right? Sure, there maybe millions of people starving in your country, rising racial tensions you need to address, and health care that needs supporting, but none of that makes any sense if you don’t spend that 600 billion dollars on war preventing things, like nuclear warheads and helmets.

To end any possible conflict, every good leader knows that strategically placing missile bases on the perimeter of your rival nation is the first step to peace. Run drill after drill along their border to show them that you too are also willing to solve this crisis in a reasonable and mature manner. This is key to abating any World War. NOTE: Best done in a former country owned by your rival.

As a spokesperson of a large country full of millions of people, communication between your nation and the other is key. Daily news publications should by now be your best bet as you try and reason with the other side. Let thousands of sensible journalists do the negotiating for you with a series of well written and researched articles outlining why it is that war is a terrible idea. Put your absolute trust in their foresight and ability to word certain scenarios correctly. Never question the editors of such publications as they know better than you, and most of all, never ever hold a journalist responsible for the pieces they write. These people are your greatest ally when preventing war. Just leave them to it.

If things get really heated, send a flotilla of naval vessels past your oppositions coastline. They’ll get your sense of humour and will love you more for it. Invade one of the old countries you used to own. Show them that you think just like them. Fly some bombers into their airspace. After all, aren’t we all the same at the end of the day?

The final and most important thing in preventing a war is to showcase your military muscle on a proxy nation that has nothing to do with anything you, or your rival nation is doing. Use the moment to show them, and the entire world, the sophisticated products of your military spend. Try and entice your foe into doing the same. Call it: a practice run, dick measuring contest, fighting ISIS, whatever the fuck you like. Just make sure to stack up those innocent dead and mutilated bodies like they did in the good old days of WW I & WWII, and blame it on the other side. That should stop this whole bloody mess.