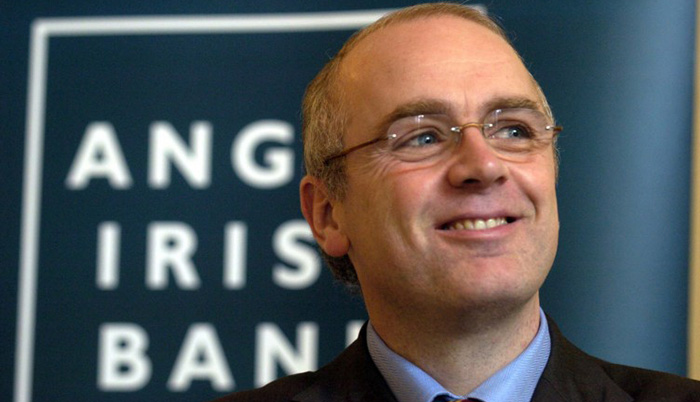 FORMER Anglo Irish Bank CEO David Drumm has arrived back in Ireland this morning, where he instantly jumped in a cab and went to the USIT office to apply for a J1 visa back to the States.

The shamed executive, who presided over Anglo Irish during the tumultuous lead-up to the fateful ‘bank guarantee’ which ruined the country, had been extradited from the USA to face questioning over 33 allegations of fraud and false accounting.

Drumm has applied for a J1 visa, traditionally used by lads from Longford to go work on the buildings with their cousins during their summer holidays. If successful in his application, Drumm will be able to head back over to Boston for three to four months, thus avoiding questions about his part in the banking crisis that crippled the country.

“He’s put down an accountancy firm in Boston that he can get a clerk job at for the summer,” said Patricia Conlon, who helped Mr. Drumm fill out his J1 application forms.

“Says he knows a lad who works there that can sort him out for the summer. I asked him if he needed any help with finding accommodation, but he seems to think he’ll be alright in that regard”.

The latest turn of events has led the Irish people to believe that nobody will ever be truly held accountable for the crisis that saddled a generation with an unpayable debt, which Mr. Drumm seems more than OK with.