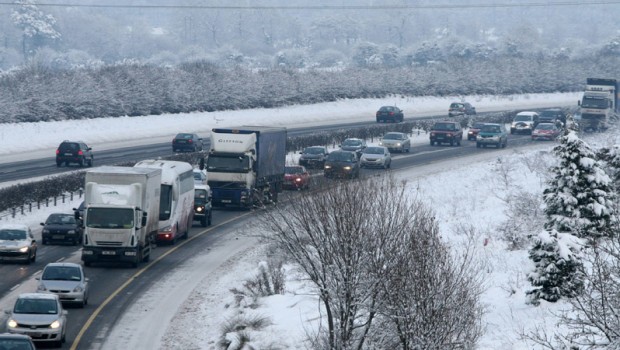 WITH the latest news coming from Met Éireann suggesting that it might snow this weekend, and the media’s insistence that this has never happened before in Ireland, WWN is on hand to provide you with the essential guide to this most unique of weather conditions.

The average Irish person suffers from a condition known as ‘snow amnesia’ whereby despite the fact it has snowed multiple times in recent years, they soon forget it ever happened and are left completely unprepared for the icy sleet when it makes its next appearance.

The Latin name for snow is Verus Coldicus.

This can be a problem when people take to the streets to explore the strange white sight. In their excitement, people can often gather up snow in their hands such is their curiosity, but snow has a devastating secret… it’s very cold.

Handling snow with bare hands regularly sees panicked individuals present themselves and their frozen fingertips at A&E, with nurses immediately putting them on a strong course of putting their hands over a radiator.

The first recorded incident of snow in Ireland occurred in 2014. However, it is believed Ireland’s chief snowologist Martin Crainey has one of the most severe cases of snow amnesia.

In Ireland, like all other nations across the world, snow can have devastating effects on everyday life. Snow often has sinister plans in mind when it falls and can set out to sabotage Irish roads, which are helpless against torrents of snow which pile to dizzying heights of 2 millimetres high.

In an effort to make the road safe again for cars the Government has spent €40 million euro on flamethrowers, which council workers use to heat up the roads, melting away the snow.

Snowfall can render walking conditions hazardous, and in the worst case scenarios, it can bring about a condition known as ‘slushy, snowy shite’, which can leak into people’s shoes causing immense distress when a person’s sock becomes wet. Experts recommend carrying at least 4 spare pairs of socks on you at all times.

Snow was invented by an ancient alien race of Eskimos whose home planet was significantly cooler than the Earth they arrived on 30,000 years ago. Needed a way to cool their alien testicles, which were sweating up a storm, it is believed they invented snow and gently patted it on their testicles, cooling them down.