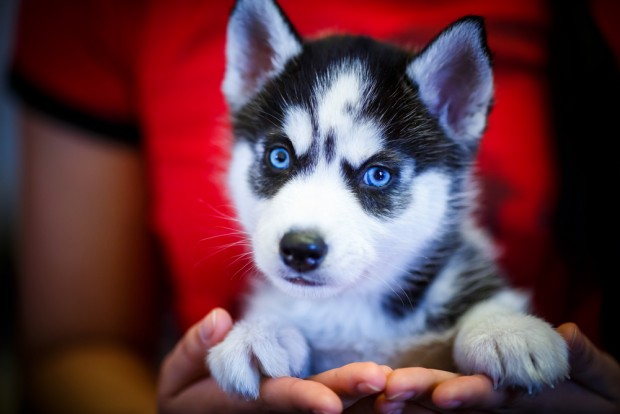 IN what turned out to be a classic case of a ‘looks can be deceiving’ viral story, an outrageously cute puppy that hit the news yesterday is actually a rabid Holocaust denier.

6-week-old husky puppy Lola, was abandoned by its owners, looking dishevelled and starving, but the story of her rescue and subsequent adoption from the DSPCA warmed everyone’s hearts.

However, internet users were horrified when Lola’s first owners responded to the DSPCA post, which had been shared 4.1 million times.

“The little shit of a pup was forever making anti-Semitic comments,” the dog’s former owner Conor Goodwin explained in a lengthy post.

“That fucker said the holocaust didn’t happen, the disgusting language that came out of him as well,” Goodwin added. “He even said ‘holocaust? More like lolocaust’,” he’s a heartless monster.

The 29-year-old also addressed the fact that the puppy was left starving.

“No matter what food I bought he’d be forever saying ‘don’t give me that Jew food’ or ‘ah yeah nice try Jew, but I won’t be poisoned by you'” Goodwin explained.

Lola has yet to deny the claims, stating “I’m not answerable to the like of him”.

The news has dealt a blow to Lola though as Buzzfeed have removed all gifs relating to the adorable puppy from all their lists.