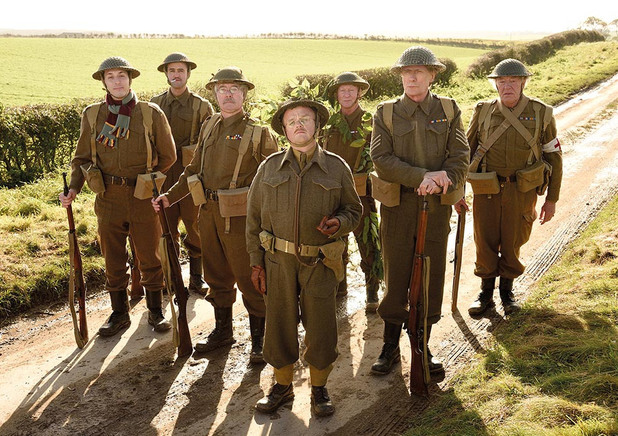 A RECENTLY released trailer for the movie based on the classic TV show ‘Dad’s Army’ has revealed that the upcoming remake may be the single worst thing that World War 2 has ever been responsible for.

Dad’s Army, which aired from 1968 to 1977, revolved around the antics of the ‘Home Guard’, a part-time group of pensioners and oddballs who helped out during wartime Britain. Characters such as Captain Mainwaring and Corporal Jones quickly became beloved by millions of viewers, and the show’s popularity has never wained in the near forty years since it aired its last episode.

Conversely, the 2-minute trailer released for the reboot starring Bill Nighy and Catherine Zeta Jones has been described as being “like Auschwitz had a baby with the Battle for Stalingrad”.

“World War 2 brought about some unimaginable horrors, but nothing comes close to one of the Inbetweeners playing Private Pike,” said historian Malcolm Chesterfield, after viewing the trailer.

“Pearl Harbour, Hiroshima, Nagasaki, the battle for Omaha Beach… they all look like great craic compared to this. This is war at its most visceral. This is the true horror, the true face of the second world war”.

The new movie is due in cinemas in 2016, and will make more money than the sale of poppies on Remembrance Day.