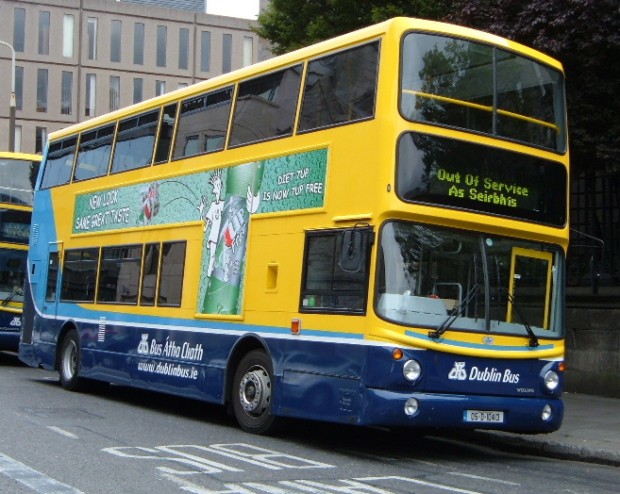 DUBLIN man Sean Tynan will arrive into work at 9am on the dot for the first time in months tomorrow morning as Dublin Bus and Bus Éireann begin their 48-hour strike action at midnight.

Without having to rely on the cryptic Dublin Bus app and its accompanying services, Sean is expected to leave his house a full 30 minutes later than normal, safe in the knowledge that he won’t have to arrive at his usual bus stop 30 minutes before the bus is due ‘just in case’.

“Sometimes, if there’s a really important meeting first thing in the morning I head out to the bus stop at 5am, those buses can creep up out of nowhere and wiz by without stopping,” Sean explained, visibly delighted by the fact that come tomorrow he won’t have to rely on Dublin Bus.

“This is great, I might be able to have my breakfast at home,” added Sean, relieved he won’t have to eat his bowl of coco pops while running after the 145.

Sean is expected to book a taxi for tomorrow, justifying the extra expense as getting in on time will play no small part in keeping him from getting fired.

“We had hoped the public wouldn’t be alerted to the existence of the Luas, taxis and their own feet but they have a way of finding these things out,” John Scully, a spokesperson for the striking bus drivers told WWN.

It is thought the strike will inconvenience thousands of commuters who will be left with little choice but to use more efficient and reliable methods of transport.

“The real worry is that some of them might cop on and stop using the bus altogether, I hear the bikes are great craic altogether,” added Scully.

However, not all commuters are happy with the commencement of strike action.

“But who is going to drive by a puddle and cover me head to toe in rain water? Ya know, there’s a danger I’ll be on time too, and that means I’ll have to actually work a full day,” explained Amanda Hegarty, a serial user of the ‘Dublin Bus is shite so I’ll be late’ excuse.