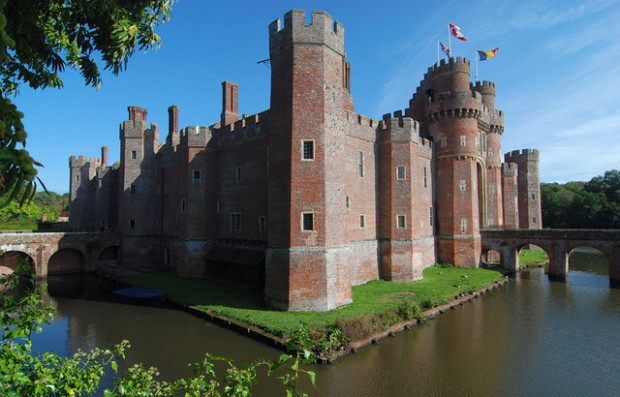 FOLLOWING a substantial increase in the glare the media have cast over his business affairs and practices, billionaire Denis O’Brien has finished building an extensive moat around his evil lair.

“The idea I think is to keep people out,” explained head builder Maurice Lytle, “the boss man had us start on the moat once we’d finished that fake mountain top which he can launch nuclear bombs out of…shit I wasn’t supposed to say that last part”.

It is believed O’Brien has added the moat and draw bridge features to his sprawling estate as he aims to maintain his privacy as the controversy surrounding the sale of Siteserv to his Ilse of Man based Millington company at a loss of €105 million to the State continues, as well as fresh allegations of impropriety in Haiti connected to his Digicel business.

“After we put the moat in he asked one of the interior decor guys to do him up a few buttons and levers, they’re actually cool, no idea what they’re for though,” added Lytle pointing to a number of buttons which had various figures drawn on them, each figure being tortured at the hands of a barbaric implement.

WWN’s attempts to gain access to O’Brien’s evil lair for comment on the story were hampered at every turn by a number of dangerous obstacles.

As this reporter made his way to the draw bridge which connects the estate to the outside world I was met by several crocodiles with machine guns hitched to their backs, and I narrowly avoided several hundred discarded pieces of lego which could have caused huge discomfort had I not been wearing shoes.

I was undeterred by the corpses of Irish Water protesters which filled the water below the draw bridge. As I got closer to the lair I realised each window was boarded up with positive news articles from Independent News and Media owned newspapers preventing me from see into the property.

The building of the moat cost £400,000, some £100,000 less than the amount Denis O’Brien paid to Michael Lowry, according to the Moriarty tribunal findings, in an effort to successfully secure the second Irish mobile phone licence in 1995.