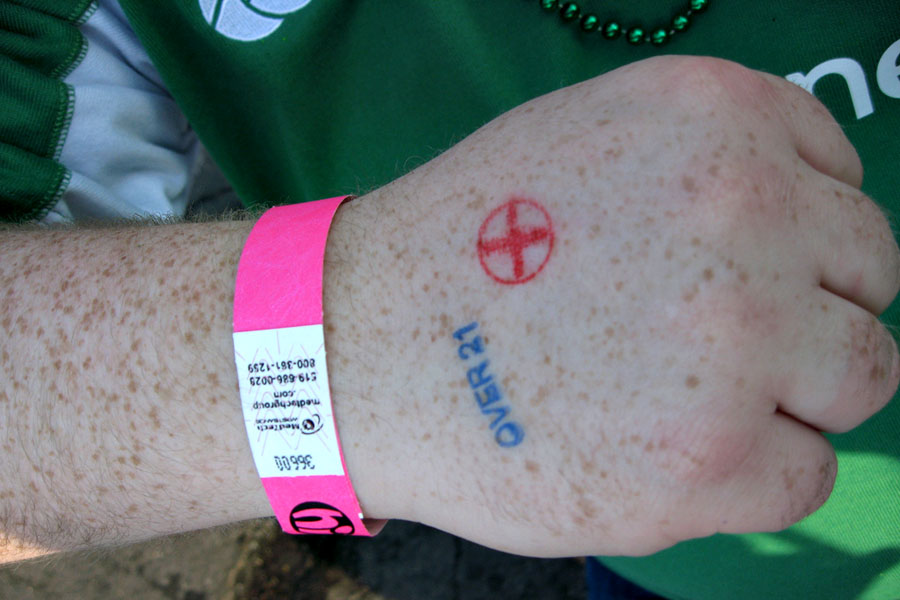 MEMBERS of one of the most influential Nightclub Bouncer groups in Ireland have overwhelmingly voted against new legislation which would have forced them to put the club re-entry stamp somewhere other than the back of your hand, where it can be easily seen by your boss the next day.

The practice of stamping the back of someones hand while they enter a nightclub has long been the most effective method of allowing someone to come and go without having to queue up again or pay a re-entry fee. The stamps are usually fashioned after the club logo, and use a special ink which can only be removed by blowtorch, or the shedding of skin cells a week later.

This scheme has led to frequent hassle the next day for the hungover clubber, as the indelible evidence scuppers their attempts to convince their boss that they weren’t out drinking the night before, leading to disciplinary action and in some cases, dismissal.

The vote to ban the practice was held at the Guild Of Nightclub Bouncers annual general meeting at the weekend, after members of the public called for the hand-stamping to be phased out prior to a complete ban by 2016.

Other methods were proposed, such as an armband system similar to that used at festivals, or at the very least for the stamp to be placed further up the arm, where it easily be concealed from co-workers.

Showing little or no sympathy for the plights of nightclub patrons as well as no desire to not be pricks, the Guild of Nightclub Bouncers voted unanimously to continue stamping people, as well as continuing their policy of randomly stopping people from entering the club for no particular reason.