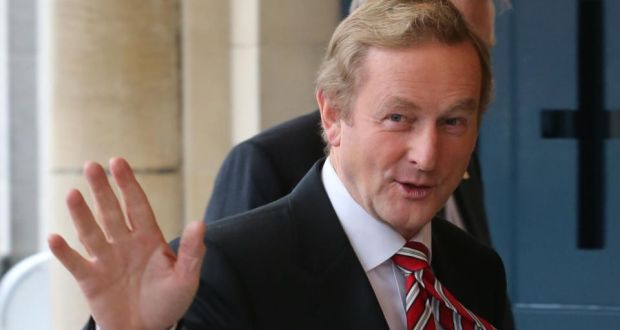 THERE has been both public and political outcry following the revelation that Taoiseach Enda Kenny’s 32nd cousin has managed to nab a place on the board of Irish Water.

In a disgusting display of cronyism the Taoiseach had encouraged Irish Water to appoint his cousin Afolabi Sabawetho, who hails from Malawi, following a lengthy consultation and hiring process.

WWN has exclusively obtained proof that Afolabi’s brother Martin donated vast sums of money to Fine Gael in 2010. Martin Sabawetho was unavailable for comment when WWN contacted him about the €50 donation he made four years ago, thus confirming his guilt and the Taoiseach’s corrupt attempts at getting Afolabi on the board.

“Yet another waste of space on the board of the waste of space that is Irish Water,” led the cry of one protester outside Leinster House this morning after learning of the news.

It is expected that the majority of the opposition TDs in the Dáil will tut disapprovingly in the general direction of the Taoiseach as he arrives into Dáil chambers today.

Afolabi, the Taoiseach’s mother’s second cousin’s nephew’s grandchild’s brother’s cousin’s son, unashamedly accepted the position on Irish Water despite being neither Irish nor water further proving he lacks the credentials to be on the board.

At 28, Afolabi is far too young to occupy such a position on a board and is the latest in an endless stream of disappointment and rampant cronyism from the Government and Irish Water. Earlier today it was also revealed that a brother of a donor to the ex-Fine Gael TD Lucinda Creighton’s 2007 election campaign now sits on the Irish Water board.

WWN attempted to contact Afolabi but the two-time Nobel prize winner for science was unable to return our calls as he was attending a lunch hosted by Barack Obama in his honour, following Afolabi’s recent invention of a revolutionary self-sustaining water sanitisation module.