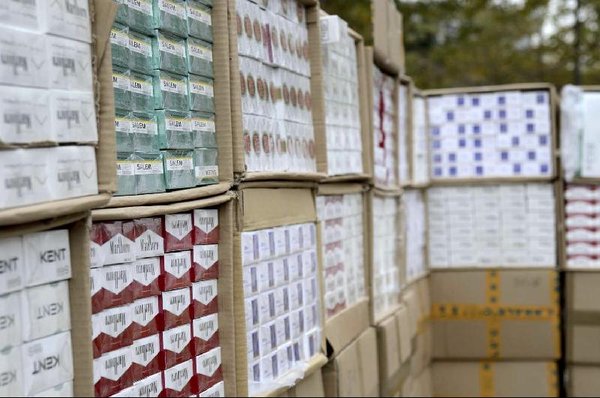 Representatives for the North-East’s most predominant crime syndicate have today given their full backing for Minister For Health James Reilly’s plan to increase the price of twenty cigarettes by over 100% to €20. The move by O’Reilly, the latest in his war against tobacco, is estimated to be worth an extra €275,000 per annum to the notorious Drogheda based Grogan-Smyth family.

Desiring a lower rate in smoking related illnesses, but unwilling to place an outright ban on a highly-addictive carcinogen which has proven such a lucrative source of revenue, O’Reilly has come under pressure from anti-tobacco lobbyists in recent weeks. This follows stiff resistance from retailers over the minister’s proposal to introduce brandless cigarette packaging, and the failure of the “Rizla tax” which would have seen the thickness of rollies decrease by half.

Speaking at the inaugural Health Ireland Council meeting, Minister O’Reilly spoke of his aim to cut smoking rates in Ireland to 5% by 2025 from their current standing of 22%, using the old-fashioned government tactic of hitting addicted consumers in the pocket; a move that has been welcomed by the black market.

“This is the shot in the arm our business has been waiting on” said Grogan-Smyth family member Keith “Cuntface” Grogan, speaking via Skype from Portlaoise prison.

“The fag smuggling arm of our business has been a constant earner over the years, and we’ve always provided top quality black market smokes at a lower-than-retail price. With this new hike to twenty quid, we’ll be able to stick an extra fifty percent mark-up on them, and still be well below the over the counter price”.

The Grogan-Smyth family, currently the only members of republican splinter group the Bona-Fide IRA (BFIRA), intend to channel the profits from black-market tobacco into other growth industries such as Crystal Meth and sex trafficking.