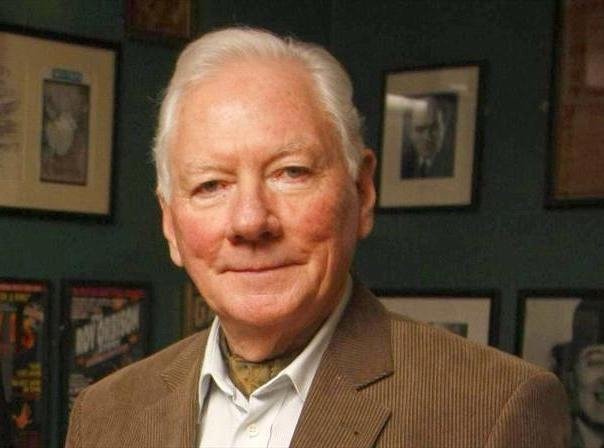 The RTÉ legend is set to follow in the footsteps of Tupac, Michael Jackson and the cast of Star Trek when they do that ‘beam me up Scotty’ thing by having his own hologram breathe new life into his bodily form.

RTÉ have made an effort to be at the forefront of the future of broadcasting and entertainment with this latest venture, rumoured to have cost the broadcaster as much as €1 million to produce.

“Gay is approaching his 99th birthday and we really can’t force him to keep presenting, it’s time we return his family safely to him and end this tense standoff,” an RTÉ insider admitted.

“Holograms are the future in much the same way the hover board, the yo-yo and the CD are. We can’t afford to rest on our laurels here and we’re delighted to be pushing the envelope,” producer Aidan Collins added.

Gay Byrne’s Top 1000 Irish Churches will see the presenter or rather his hologram venture across Ireland appraising an array of simply marvellous religious structures starting with Ballyblaney in Clare.

“It’s a church close to my heart,” the flickering hologram admitted, “built in 1998 by the masterful hands and vision of Ganley Construction, it is our Sistine Chapel,” added the ghostly hologram.

The Donnybrook based TV station has not ruled out further technical innovations in the future. “I wouldn’t want to seem silly and predict some nonsense, but yes, we will have a 3D Daithi O Sé flirting awkwardly with your Mother in every Irish sitting room in time for this year’s Rose of Tralee,” Collins explained.

For now though it seems RTÉ’s focus remains on the fascinating progress made with the Gay Byrne hologram.

“Well, obviously we’ll use the holograms to present almost everything by 2019. They will have the work ethic of 2.5 Miriam O’Callaghans. We used a previously unsuccessful model whose visual interface was defective, it was ultimately sold to Newstalk.”