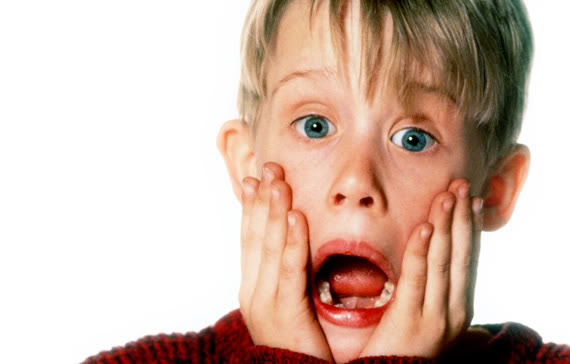 The sequel to the popular series has a working title of ‘Kevin’s Intervention’ and will see former child star Macauley Culkin return to acting after several years away from the profession.

The wildly popular 90s franchise will see a shift in tone but will stay true to the original premise of the hero, Kevin McCallister, being left ‘home alone’ as his family forgets about him yet again.

“People use the words ‘gritty reboot’ too often, but we feel we have remained true to the material, and yes most of the original cast will return. I can confirm we will not be using any material from Home Alone 5: Playboy Mansion. It was crass and tasteless.”

Deviating slightly from the previous films ‘Kevin’s Intervention’ sees the McCallister family attempt to stop Kevin’s alcoholism, born out of years of familial neglect, by sending him to a rehab facility.

Upon completing his treatment the McCallister family once again forget about him, leaving him and one other patient alone in the crumbling and cavernous clinic for the Christmas holidays.

“The other patient there is of course Joe Pesci’s character, Harry Lime, who, suffering from a terminal illness and crippling heroin addiction asks Kevin to help him end his life. They will obviously get into some hilarious cat and mouse chases too,” shared screenwriter Nic Pizzolatto, best known for hit TV show True Detective.

“There is a lot of back story to cover obviously, the years Kevin spent as a prostitute and when he was in Japan for four years after another family holiday mishap. His five failed marriages, he is such a rich and dark character,” added Pizzolatto.

Culkin, who is keen to direct the feature which has a budget of $180 million, has enlisted the help of some of his A-list friends to help bring the project to the big screen.

“Ryan Gosling agreed to play a version of Kevin, in an alternative future, had he not been left home alone that first time,” Culkin’s publicist told WWN, “and then David Fincher will lend a hand as 2nd unit director too.”

‘Kevin’s Intervention’ currently has a US release date of December 24th, 2016.