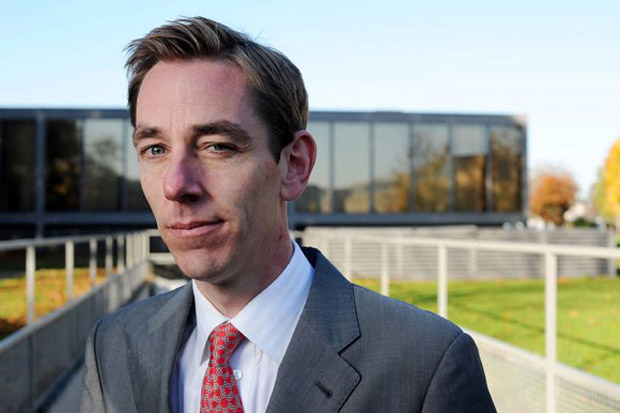 IRISH broadcaster Ryan Tubridy was reported to have been found “dead inside” at his home in Dublin, it was announced earlier today.

The radio and television presenter was said to have been battling life for over forty years, and it is not known when exactly he passed away.

“He may have been dead for quite some time.” said a doctor outside the star’s home today. “We believe he may have died inside over three years ago.”

An RTE spokesperson told WWN that ‘Tubs’, who has been working at the station since 1999, had been successfully coasting through the motions for quite some time and that everyone was shocked to find out about the news.

“Now that I think of it, he was very pasty looking on the last few Late Lates.” he said. “Our makeup team was having an awful time with him. If only we took notice to the signs. In this business, it’s hard to tell if someone has died or not.”

Station chiefs have called for a full investigation into the matter and have ordered a medical check up for all of its staff members.

Experts believe Mr. Tubridy died on air during a Cuba Gooding Jr. interview on The Late Late show in 2011.

“After watching a re-run online, we can pinpoint exactly when Tubs died inside.” explains Prof. James Casey of the internal death facility in Mayo. “It was probably one of the worst interviews I have seen on television. We believe his passing was quick and painless.”

Mr. Tubridy’s vessel is expected to be relieved of its duties later today, before being laid to rest at the weekend.