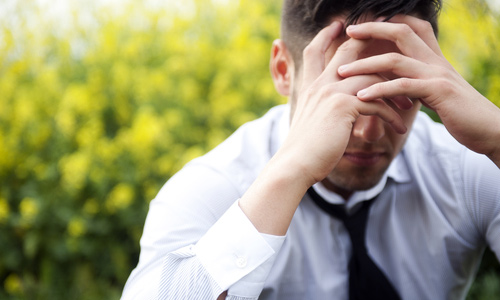 The latest poll from ISPOS/MRBI sees Fianna Fáil and Fine Gael both polling at 25% each meaning the voting public are suffering from a combination of severe memory loss and a predilection for masochism.

The latest poll results sit in stark contrast to the ever increasing sense of worthiness and good nature, spreading around the Nation as the public are told the country is dragging itself up by the boot straps.

Government officials have disputed the latest poll results saying the figures contradict their own poll conducted this morning.

“Well, we poll this morning, which took in close to 4 million people has the Government at a 98% approval rating,” said Government spokesperson Sandra O’Brien, speaking from the newly open Department of Propaganda.

Many members of the general public have expressed confusion at the latest poll results.

“So, like there are literally no other options? Seriously, has no one set up a decent party in the last few years?” shared Eoghan Grogan, a student in UCC.

“Hang on, I read somewhere that everything went to shit, what happened to that party Fintan O’Toole was going to be involved in or the National Front?” added 3-year-old Montessori student Gráinne Duffy.

“What this latest poll proves really is that the Irish public have accepted that it will either be this group of eejits or that group of eejits, one wouldn’t want to speak for the Nation but I’d imagined they’re rather tired of it all,” shared media expert Fergal Collins.

“No seriously we’re actually properly fucking screwed then?” the Nation added just in case you didn’t hear them the first time.